Baytree: a place for women in Lambeth

Children and young people - Focus on Brixton - News and announcements

The Baytree Centre was founded as a women’s space 25 years ago, as a response to the Brixton Riots. As Brixton has changed, what we deliver has changed. 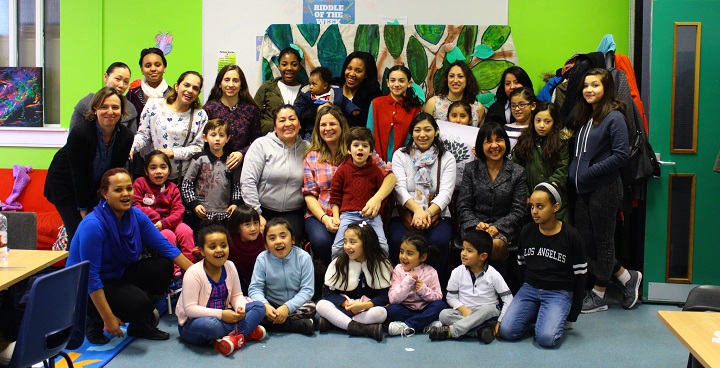 The Baytree Centre on Brixton Road held a Refugee Week party titled ‘Different Past – Shared Future’ We have more than 100 migrant and refugee women and girls who come to the centre every week to learn English as a second language. These are normal people here to try and make a life for themselves, not to “take our money and destroy our country”.  Sharing stories during refugee week is a powerful opportunity to show that..

The Baytree Centre was founded as a women’s space 25 years ago, as a response to the Brixton Riots. As Brixton has changed, what we deliver has changed – and it’s usually led by ideas that the women who come here bring in. We have judo and Capoeira classes because a woman came here with an idea: “I can teach this, and it will help other people.”

From the ground up

Then from the other side, we have things that happen because the young people say they need support. We have one group of 12-13 year olds who wanted a room they could decorate themselves. We have another group who wanted to set up a Baytree Council. They’ve taken ownership of surveying users’ opinions and organising votes on how to make the centre better.

The diversity of the volunteers we have as mentors is one of the greatest strengths we have. Mentoring is very person-specific – maybe help with CVs or with employability. Girls coming into the community can really struggle with aspiration –their mentor is often the first woman they meet who isn’t family or a teacher, and who is a real role model for becoming a doctor or a lawyer, or can help them to turn aspiration into something they can really work towards.

Sometimes we have to help in a crisis, such as helping someone escape an abusive marriage when she didn’t speak English to argue her case. But mostly we are about making a long-term impact on the community. In some cases we’re now seeing the new generation, the girls coming here now are the daughters of those who came to learn English 20 years ago. We’re always changing, we’re always asking what people want, our future is shaped by what people need.