Ongoing Thames Water supply problems continue to impact on homes, schools and businesses today in the Streatham area. Lambeth council has been working hard to help vulnerable residents since Sunday, and has lobbied the Government to take coordinated action. 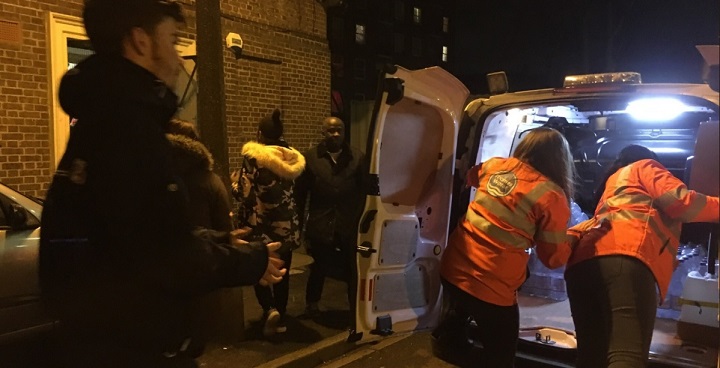 Cllr Lib Peck, Lambeth Council leader, said: “It is completely unacceptable that water supplies are out again. Lambeth council officers and councillors have been working round the clock to help affected residents.

“We have been making deliveries to our sheltered housing schemes as a priority and impressing on Thames Water the importance of making its own water deliveries to those who have been cut off.

“We will continue to demand Thames Water fix these supply issues as soon as possible and will look to hold them to account within weeks of this emergency being resolved.”

Today three schools in the Streatham area have been forced to close due to the ongoing issue. Dunraven School in Streatham told parents this morning that due to still having no water on either site they would be closed today, and that they expect problem to be solved so they can open on Wednesday (7 March).

The letter said: “These leaks have led to homes being flooded, roads and schools being closed and residents forced to endure the indignity to living for days without being able to wash, while living in un-heated homes during the coldest spring in many years.

“The water network is the responsibility of Thames Water. A further serious incident this weekend has left thousands of residents in Streatham without running water again.

“The Government must take action to ensure that this situation does not happen again. I urge you to call an immediate inquiry into Thames Water’s handling of the situation and into their suitability to operate the water network.”

Cllr Seedat said: “This latest incident shows how Thames Water has again failed to address these shortcomings, despite posting a record profit.”

Vulnerable residents in the Streatham area in need of help, or people who know of anyone who is vulnerable and without water, can email the council at email becc@lambeth.gov.uk to arrange home delivery of water.