The IPCC report’s harrowing warnings of ‘code red for humanity’, the recent flooding in London, and the fires in Europe and North America have highlighted the harsh reality of the climate crisis. 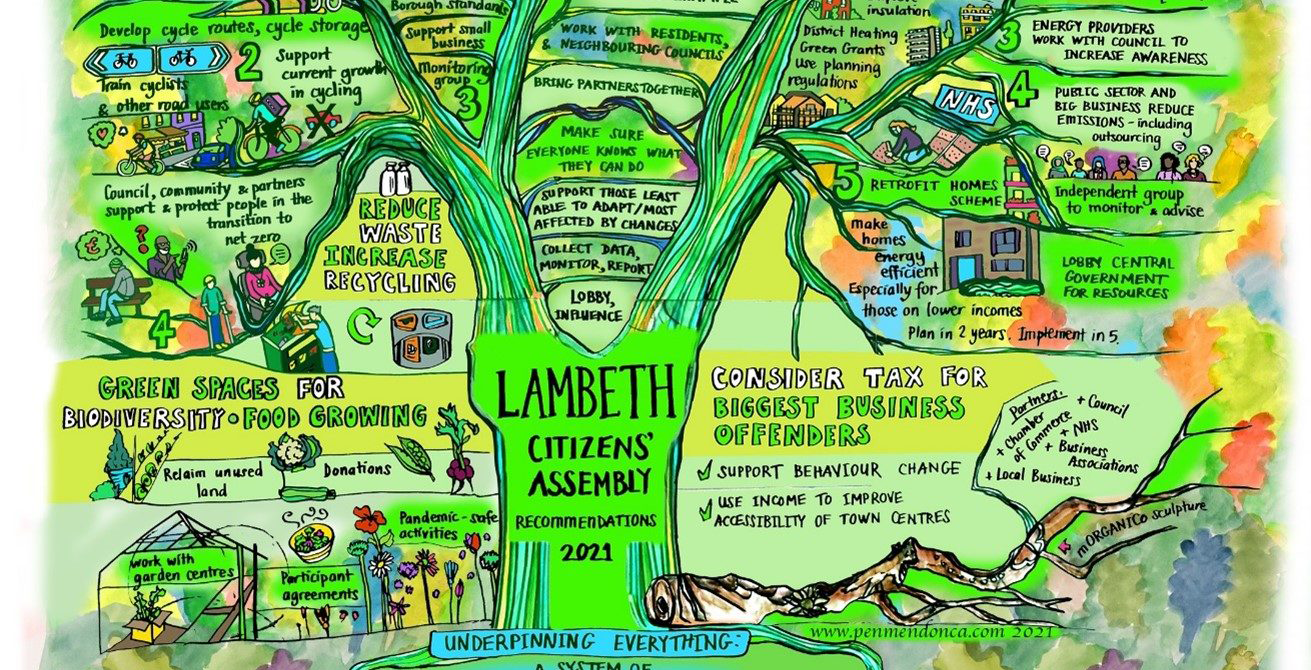 All of this might have left you feeling overwhelmed and helpless. But it’s not too late. The IPCC report states that catastrophe can be avoided if action is taken quickly. And the good news is that Lambeth have just pledged to take bold action on the climate crisis, by committing to the recommendations made by Lambeth’s citizen’s assembly.

Lambeth’s citizens’ assembly was set up following Lambeth’s declaration of a climate emergency in 2019. Emissions from the council’s operations only account for a small portion of the borough’s emissions, so the council recognised a collective response is needed to tackle the climate crisis in Lambeth. And who better to do this than residents themselves?

With this in mind, Lambeth Council commissioned a citizen’s assembly to answer the question: ‘We are facing a climate crisis. How can we work together in Lambeth to address climate change and its causes fairly, effectively and quickly?’ 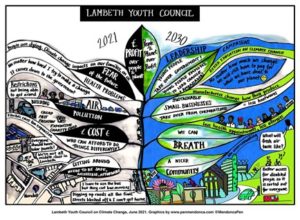 The assembly was made up of 50 residents who were selected by the Sortition Foundation to reflect Lambeth’s demographic diversity. Participants were paid a small fee for their time to ensure inclusivity. The members dedicated six weeks to the assembly, which was run by public participation organisation Traverse and was broken into three phases.

In ‘Phase 2 – the local picture’ the assembly learned about climate action already being taken in Lambeth. Transition Town Brixton shared their work on community visioning for a ‘greener, fairer and more delicious Lambeth’ – and the Library of Things spoke about their approach to tackling waste through the sharing economy.

To learn about how the climate emergency affects Lambeth’s communities, the assembly heard from Lambeth Youth Council, and heard feedback from the Disability Advice Service Lambeth (DASL), and Lambeth residents’ comments from virtual engagement on Commonplace.

‘Phase 3 – Recommend’ came to an end on Saturday 3rd July, with members meeting for a final 5-hour session where they produced thirteen recommendations. The recommendations cover actions that the council, businesses and organisations, and residents need to take to reduce emissions and create a climate resilient Lambeth.

Climate justice was central to the recommendations, including a recommendation for the council to create a ‘just transition’ team to ensure no resident is adversely impacted. 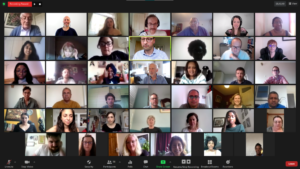 
After dedicating much time and effort, assembly members are proud to have represented their borough and shaped its future:

“It’s definitely very important being a part of your community and knowing what is going on. Definitely our role is now to share the information and knowledge that we have earned during the assembly to our friends, family and neighbours.”

The assembly members were selected to broadly represent the Lambeth population’s varying levels of interest in climate change. This meant the participants ranged from passionate environmentalists to those who had little knowledge about the climate crisis.

For many, the assembly has just been the start of their climate journey. Since engaging in the assembly, 90% of participants felt they knew “quite a bit” or had a “thorough understanding” of climate change compared to 56% before, and 93% felt confident to take climate action, compared to 76% before.

“My interest in climate change has drastically risen since joining this assembly. This assembly has opened my eyes on a number of levels, primarily the effects of climate change around the world, particularly in developing countries. I have always appreciated the environment, but contributed to its preservation minimally. Now I am finding myself actively researching ways to lower my emissions in my day-to-day activities, creating awareness within my friend and family groups.”

But those who were already knowledgeable about climate change found that partaking in the citizen’s assembly reduced their anxiety and made them feel hopeful:

“At the moment the fear and anxiety I was living with has lessened after listening to the experts. Not only have bold submissions like the UK Climate Change Act 2008 to cut carbon emissions by 80% by 2050, the 2015 Paris Agreement to keep global warming to 1.5 C, and Lambeth Council 0 carbon emissions by 2030, but most importantly the link between protecting the climate and the benefits to humans.”

After the assembly, all participants agreed that it had been a positive experience and that “it would be good for society if more people had the chance to take part in processes like these”. One participant fed back:

“The role of assemblies is crucial in promoting active citizenship and civil society in between electoral cycles. It is also one of the few ways to bring together a diverse group of people from across all communities.”

Many assembly members are keen to continue serving their community and working with the council to make sure their recommendations are turned into action:

“I would love to be an active participant and receive positive news from the council and learn how would be implementing our recommendations… I heard the most amazing ideas put forward in the past weeks during our meetings, I hope the council will act and make good use of all those ideas to shape our future Lambeth.”

With recommendations for the council to work with residents and community groups, and a specific emphasis on engaging under-represented groups, the citizens’ assembly looks to be the start not the end of the borough working together to tackle the climate crisis.

As other London Councils, such as Hackney, embark on similar journeys there’s set to be a wave of citizen-led climate action plans, encouraging the nation’s capital to make more ambitious climate commitments ahead of COP 26.

In the autumn, the recommendations will be presented at full council. The council and partners will then develop a climate action plan using the assembly’s recommendations, in collaboration with key stakeholders, by the end of 2021.