London is by definition colourful and there is a radio station based in Lambeth that actively reflects that. After all, talent is not one colour, says Kofi Kusitor founder of Colourful Radio. 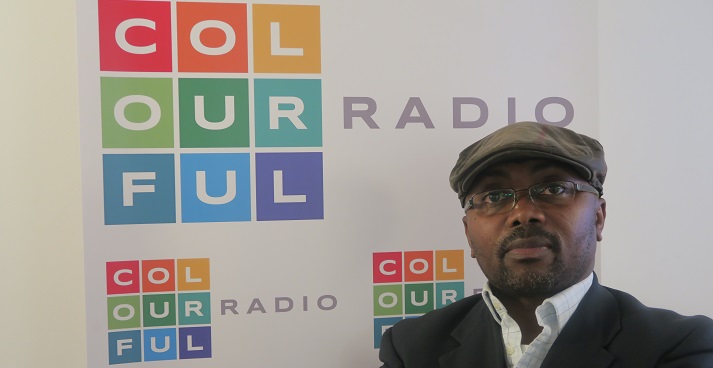 How did you start ‘Colourful’?

I started Colourful Radio in 2002 as an ‘internet audio stream’ (now widely known as internet radio). This was at a time when streaming technology was in its infancy. Colourful Radio was probably the first commercial internet radio station in the UK. I hoped to provide a conversation platform for under-represented communities completely excluded – or absent – from life-changing public debate and activity to become involved.

How can we listen to your programmes?

Colourful Radio is accessible across multiple platforms currently including digital radio, apps, mobile, and social media. From 2017, Colourful Radio will be pseudo-national, broadcasting across a number of towns and cities in the UK including London.

Give us 3 highlights in the weekly schedule

What opportunities do you offer to your audience to connect with your radio?

We’ve recently completed a run of live broadcasts supporting British Urban Film Festival 2016 which saw Colourful Radio broadcast live from Channel 4 Television HQ. We supported Lambeth Community Pride Awards 2016 by broadcasting the event live for the first time ever. The whole point was to ensure that residents who weren’t able to attend did not to miss a thing. We also love giving away prizes free. We’ve just completed a competition prize giveaway for our listeners to enjoy a week away in a cottage free!

How can we get involved

By tuning in, sharing the station with friends and family, or by applying for roles on mic or behind the scenes. Just go to  and click play to begin listening, contact us or just follow us on any social media using the handle ‘colourfulradio’.