In March 2018, Lambeth Council criticised Thames Water for failing to provide water to people’s homes. Streatham councillors and residents have been lobbying Thames Water about the compensation scheme. 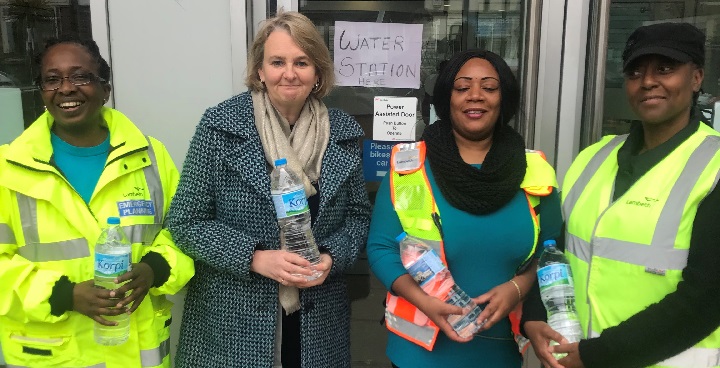 Lambeth council leader, Cllr Lib Peck, has written to the Chief Executive for Thames Water urging him to rectify the problems in the compensation process for residents who were left without water earlier this year.

In March 2018, residents in Streatham were left without water for up to 4 days. The council’s scrutiny committee criticised Thames Water for failing to provide water to people’s homes and responding inadequately.

Thames Water set up a compensation scheme for those residents affected. However, that scheme is now coming under fire as there are reports of many residents who were without water being unable to receive compensation.

Streatham councillors and residents have been lobbying Thames Water to change the scheme from giving residents differing amounts between £30 to £150 to issuing £150 cheques to all households in the widest defined area that was recognised as being affected in any way by lack of water in early March.

Word from the Leader 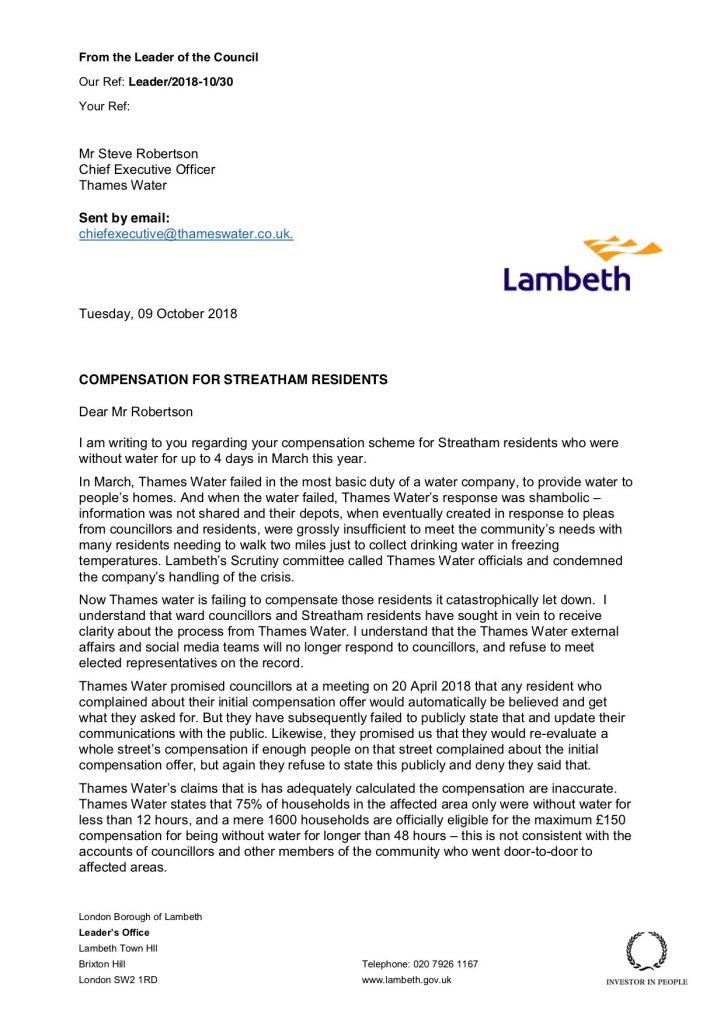 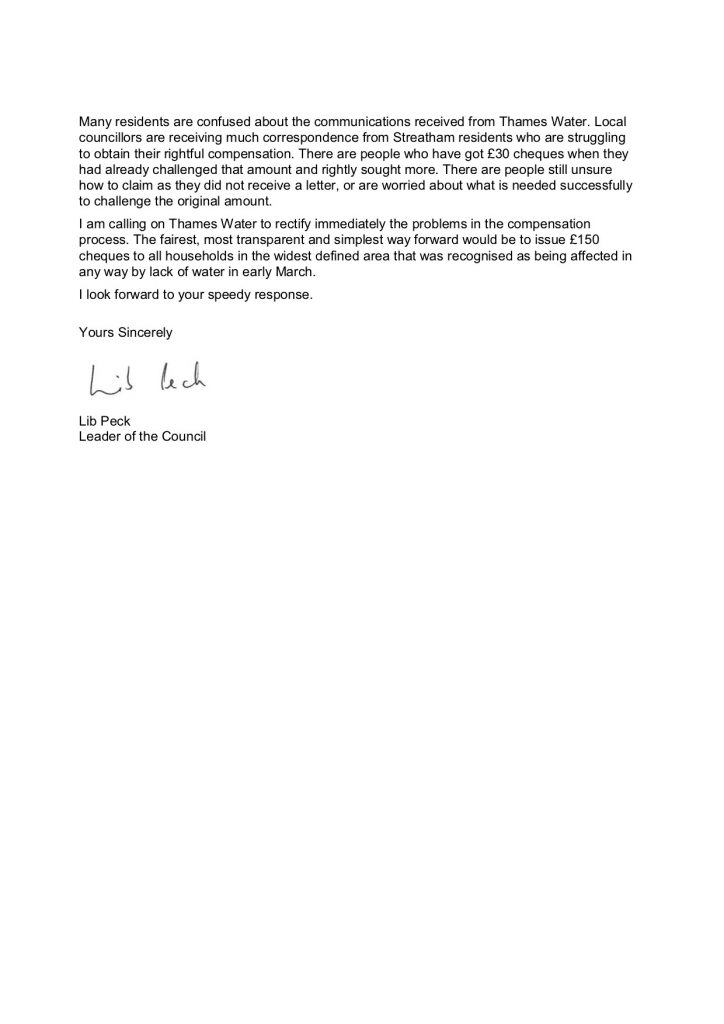