Lambeth Council has unveiled the findings of stage one of the Railton Low Traffic Neighbourhood (LTN) Monitoring programme, which shows it has reduced motor traffic in and around the area. 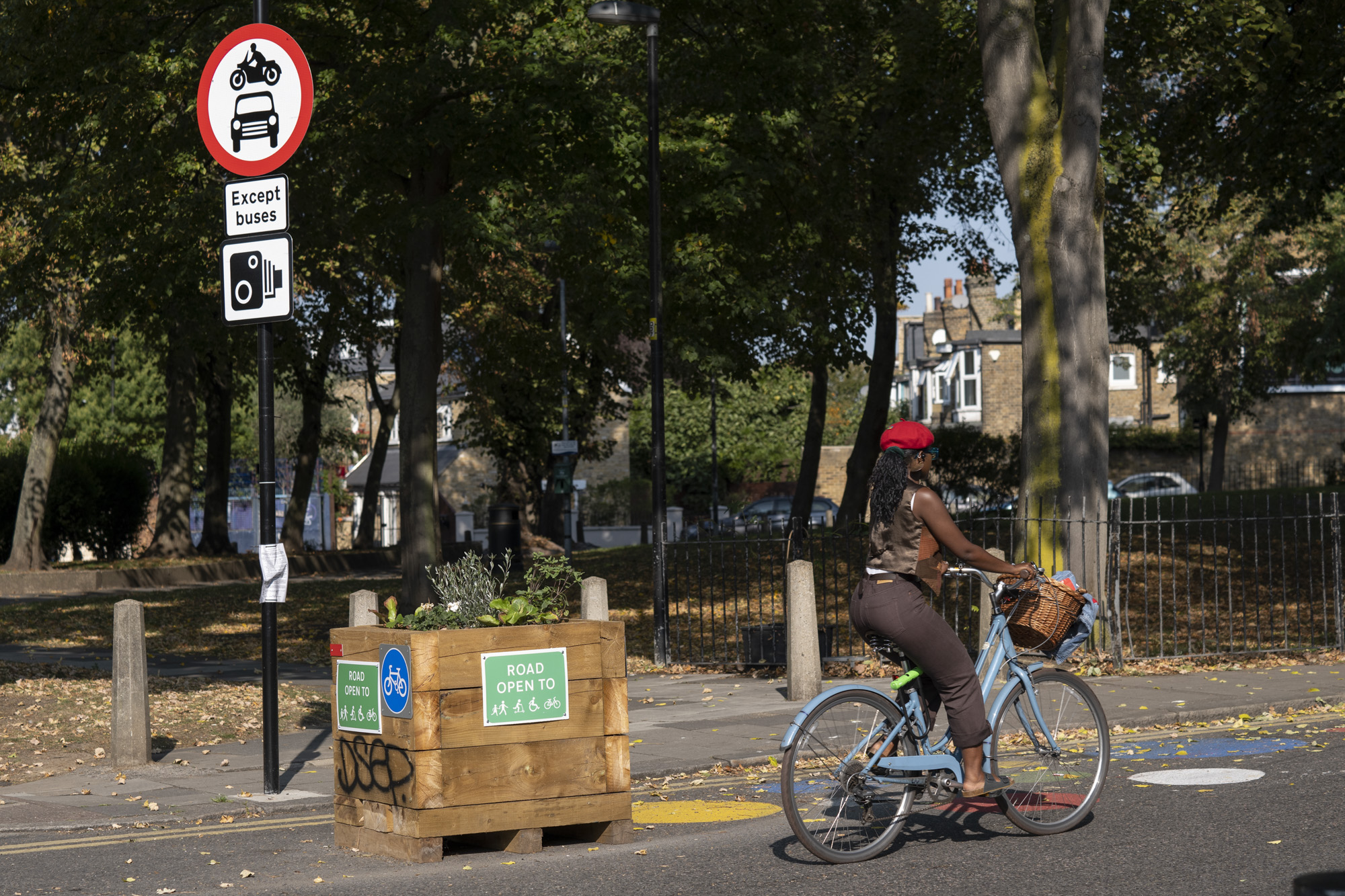 Last summer the council produced an emergency transport response plan to include ​introducing an LTN in the Railton Road ​area in response to the significant challenges the coronavirus pandemic posed to the borough’s transport system.

The start of the Covid-19 pandemic saw capacity on public transport reduced by up to 80 percent to accommodate social distancing.

It was decided urgent measures needed to be implemented to protect residents in the area ​from road danger as they spent more time walking, cycling, scooting and wheeling in their local area.

As a result, a Temporary Traffic Order (TTO) was issued in June 2020 to establish the Railton LT​N and​ the council committed to regular, detailed monitoring of journeys ​and feedback from residents.

The TTO was replaced by an Experimental Traffic Order on January 18 2021 when enforcement began.

After analysing the latest figures against the baseline number of journeys, the council has now produced the first stage monitoring report.

The counted changes in traffic found:

Councillor Claire Holland, Deputy Leader for Sustainable Transport, Environment and Clean Air, said: “We ​have worked with residents since the start of the pandemic to ensure we do all we can to reduce ​through traffic levels on the smaller residential roads in our borough ​to make it safer for people to walk, wheel, scoot or cycle locally during the pandemic.

“The results ​of the first stage of monitoring are really positive and show that we are succeeding in reducing the number of car and lorry journeys in and around the Railton LTN, ​which in turn will make it much safer for many residents, particularly more at-risk pedestrians such as disabled pedestrians, who are four times more likely to be the victim of a collision with a car than other pedestrians.

“The increase in the number of cycle journeys is also an excellent indication that the scheme is having a positive impact, ​indicating that people feel the conditions are much safer on Railton Road.”

Between June ​and December 2020 the council received ​early feedback from the more than 600 responses ​received from Lambeth residents ​on how the scheme was working on the ground and what improvements could be made.

Many residents felt the Railton LTN had already improved their feelings of safety, increased confidence in cycling and improved quality of life.

There have also been calls from residents to increase the number of road signs as well as introduce more bicycle parking, increase enforcement and introduce further speed reduction measures.

Cllr Holland added: “We will continue to ​monitor the scheme through objective data collection and listen to feedback from residents in our borough as we progress.”

The full report is available on our website. Lambeth Council will continue to monitor the Railton LTN ahead of publishing a stage two report later this year.

You can sign up for updates on the project and get in contact with the team via the Commonplace engagement site.