Lambeth Council is determined to work alongside the community, its partner organisations and the third sector to tackle the long-term social issues that result in serious youth violence.

The council with its partners, including the police and NHS, is pursuing  a long-term approach to tackling both the high levels of violence in Lambeth and importantly the causes of violence. 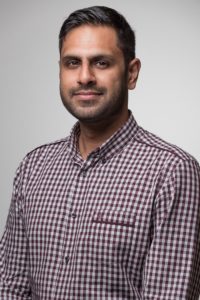 Cllr Mohammed Seedat, Cabinet Member for the Voluntary Sector, Partnerships and Community Safety, said; “Since March 2018 the council has been re-organising around what has been referred to as ‘the public health approach to reducing violence’ which has been used successfully in other parts of the world, most notably in Scotland and the USA.

“The approach involves working collaboratively across organisations, using data and intelligence on violence and its causes to inform action, and put in place evidence-based interventions over several years. On a daily basis it means working with families and young people to remove the issues in their lives that may make them at risk of being victims or perpetrators of violence.

“The approach assumes that violence is preventable, comparing it to an infectious disease that can spread quickly or break-out in clusters with people exposed to it statistically more likely to display similar symptoms.

“Violence disproportionately affects those in society who are disadvantaged in different ways.”

Evidence shows that there are risk factors that can increase the risk of violent behaviour:

Lambeth council is developing a strategy shaped by the above approach and will include specific local risks, for example transport hubs and food take-away’s at perceived postcode or territorial boundaries.

The early help pilot in Streatham supporting children, young people and families with range of needs has already begun testing out collaborations between statutory and 3rd sector to inform the full long-term strategy. The aim now is to build upon that work by involving communities in other selected parts of the borough. Our hope is to develop a strategy that is not only evidence based but tailor made for our borough.

For more information on Lambeth’s approach and the factors related to it please see the following information: