Lambeth Council is demanding an immediate U-turn on a Government decision to abandon a commitment to provide homes for thousands of refugee children. 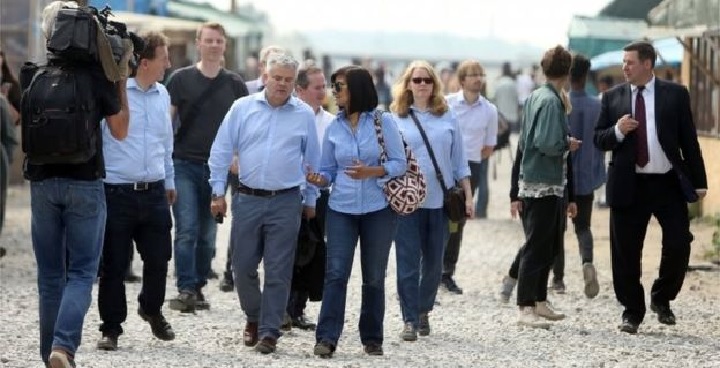 Lambeth Council is demanding an immediate U-turn on a Government decision to abandon a commitment to provide homes for thousands of refugee children.

The UK was expected to allow up to 3,000 unaccompanied refugee children into the UK after Ministers accepted the so-called “Dubs Amendment” last year. Lambeth had signalled its willingness to offer homes to young refugees, and ultimately provided nine foster care places – five more than originally offered.

However, immigration minister Robert Goodwill announced this week that a total of only 350 children will be allowed into the UK under the Dubs initiative. He also claimed that local authorities had told the Government they could not cope with any more.

Lambeth and a number of other councils are now supporting a legal challenge, by Help Refugees and Citizens UK, against the Government’s decision.

Cllr Lib Peck, Leader of Lambeth Council, said: “When children arrive here as refugees, completely alone after escaping terrible conditions, we have a responsibility to look after them and provide with a home where they can finally feel safe.

“The acceptance of the Dubs Amendment was a major breakthrough and I’m proud that Lambeth has played its part to start to make it a reality. But, like so many people across the UK, we are now left bitterly disappointed and angry over the decision to abandon this commitment.

“We know the pressures faced by children’s services, but we also know that more can and must be done. The claim that councils have said they can’t cope with any more is incredible, as local authorities across the country have shown that they are more than willing to do everything they can to provide homes for these vulnerable children.”

The Dubs amendment, drawn up by the Labour peer and former child refugee Lord Dubs, aimed to help some of the estimated 90,000 unaccompanied migrant children across Europe. It was accepted by then Prime Minister David Cameron last year after he was faced with a rebellion in the House of Lords.

While there was no target number specified in law, Lord Dubs and his supporters had suggested the UK could help 3,000 of the most vulnerable.

Cllr Peck, along with the leaders of six more London councils, have put their names to a letter criticising the Government’s decision and calling for a rethink.

In the letter, published in The Times today, they said: “The rushed consultation is nine months out of date and our capacity depends on the financial resources that central government is prepared to provide. In one stroke this scheme saves the most vulnerable children from falling into the hands of traffickers and returning to Calais.
“We urge the government to reconsult council leaders, reconsider the support given to this important programme, and above all not to snatch this lifeline from thousands of desperate children in need.”