Cllr Jack Hopkins, the Leader of Lambeth council, has today announced that he has decided to stand down from the post. As the roadmap out of the Covid-19 pandemic restrictions progresses, with Lambeth leading the way on innovative vaccination pop-up sites into the borough’s communities and millions of pounds in grants given to local businesses and voluntary sector groups to help secure their future, Cllr Hopkins said he believes now is the time to hand over the reins to a new leader. 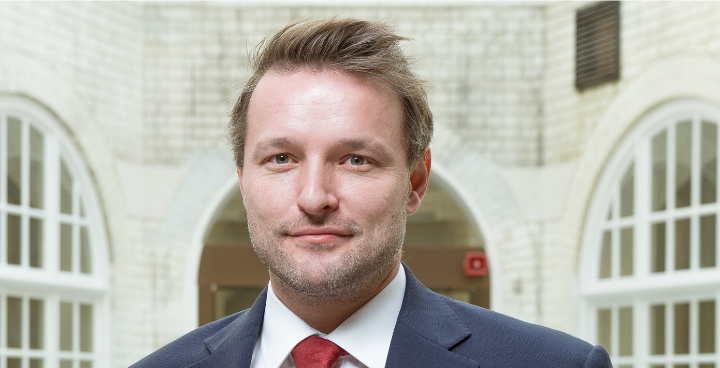 Since being elected leader over two years ago, Cllr Hopkins has steered the council through one of the most challenging periods in its history. The Covid-19 pandemic presented immense demands for the council and its partners working together to keep Lambeth residents safe and supported – a challenge which Cllr Hopkins believes has been well met.

In his time as Leader Cllr Hopkins also oversaw a complete step-change in the council’s partnership and service delivery work, including in local neighbourhoods. The council’s financial position – while severely hit by the costs of maintaining services and delivering innovative, rapid and comprehensive pandemic support for the people of the borough – remains relatively sound, enabling investment in housing, jobs and local infrastructure that will benefit Lambeth residents.

Cllr Hopkins: “Being the Leader of this amazing borough has been a true privilege. While the pandemic has been enormously challenging, we have also seen the best of our borough at a time of such adversity.

“From the food hubs that were set up at no notice to deliver thousands of packages to those who needed it most during the first lockdown, to the local mutual aid groups and voluntary organisations that helped people in local communities, the response of the borough and council has been second to none. It was built on the years of relationships, support and people that we have invested in developing in Lambeth so that when the challenge came, we stepped up to the mark.

“I want to thank Andrew Travers and all the staff of Lambeth council for their incredible work during the pandemic and their continued service to Lambeth residents. There are enormous challenges ahead as we emerge out of the pandemic, not least in ensuring a fair and equitable vaccine roll-out to all parts of our diverse community, and building a fair recovery for residents and local businesses.

There is much to do still – but I know I will leave the council in safe hands and with a very bright future ahead.”

Cllr Hopkins was first elected as a councillor in Oval Ward in 2010 and has served in the Cabinet since 2012, holding various roles responsible for community safety and neighbourhoods, economic development, regeneration, planning and employment and skills.

During that time, he led on delivering the award-winning Neighbourhood Enhancement Programme, creating Lambeth’s Business Improvement Districts and developing innovative space for local businesses like at Pop Brixton.

A new Leader will be elected at a future meeting of Lambeth council, with details to be confirmed in due course

Andrew Travers, Chief Executive at Lambeth council said: “Jack can be justly proud of the way in which, as Leader, he has driven the council to fundamentally re-shape the way in which the council works and serves our diverse communities. His focus has been on putting residents first in everything we do and developing strong partnerships across and beyond the borough to deliver on that goal.

“On behalf of all Lambeth council staff, I want to say thank you to Jack for his leadership in absolutely unprecedented times: the Covid-19 pandemic challenged us in ways which required commitment and dedication from our staff – and I believe they have responded superbly. At the same time, he has made sure that the work of the council in providing services to those who need them continues to an improving standard. Crucially, this includes prioritising work on addressing the climate crisis, tackling the housing crisis and making sure that that equality, diversity and inclusion are central to our Borough Plan objectives and that our work force better reflects the community it serves.”