This Saturday, 26 June is Armed Forces Day, the annual ‘thank you’ through which the nation shows its appreciation for the service of all within the armed forces community. Lambeth council will be making its support clear by raising the Armed Forces Day flag on the day itself. 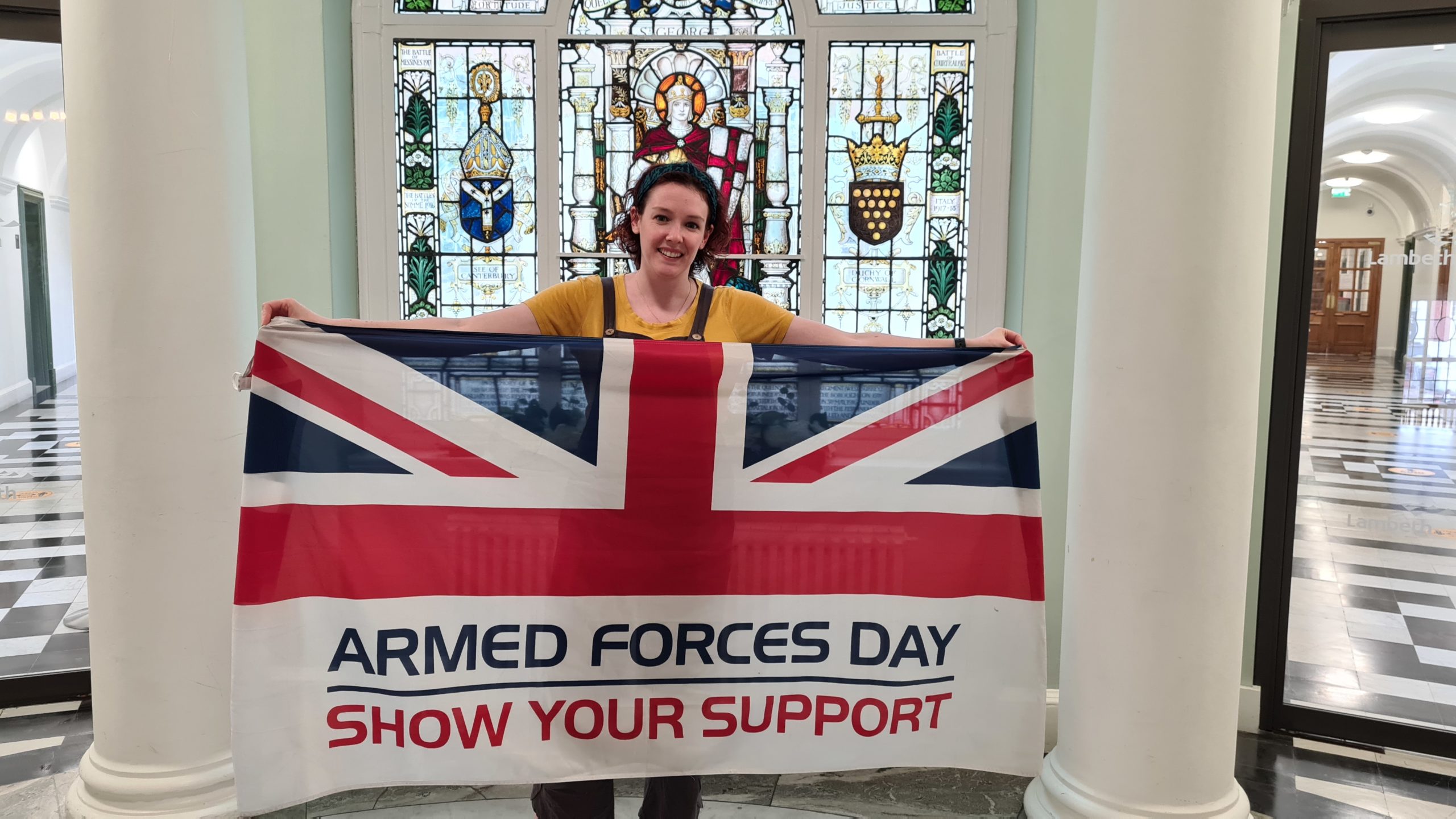 At the same time, the council has confirmed its commitment to renewal of the borough’s Armed Forces Covenant. The Covenant is a pledge to ensure that those who serve or who have served their country in the armed forces – and their families – should be treated with respect and fairness. Local and public authorities can pledge their support for veterans and their families, and are evaluated on that level of help, advice and service.

Cllr Jess Leigh, Armed Forces Champion for Lambeth Council, said: “The last 12 months have been hugely challenging for everyone – but the armed forces community have been steadfast in their support throughout. We have seen again and again how the armed forces have responded to the challenges of the pandemic and have made a real difference to the lives of so many people – especially the vulnerable who have been assisted so many times in this national crisis by those who serve in uniform. Lambeth council wants to say ‘thank you’ again to them.

“Part of that is the renewal of our own borough Armed Forces Covenant. We made a commitment earlier this year to begin the process of renewal of the Covenant, but the wave of new infections and Covid-19 Variants of Concern which we saw earlier this year meant we had to pause this work. We are determined now to get this important work underway, working alongside our local armed forces units and key borough stakeholders.”

The Government recently introduced the Armed Forces Bill 2021 into Parliament, which seeks to strengthen the Covenant in law even further, protecting the armed forces community and clarifying the obligations of local authorities in how veterans and armed forces members are best served. The Bill is expected to become law later this year and will enshrine those rights in legislation.

Word from the leader

Cllr Claire Holland, Leader of Lambeth council, said: “Lambeth council strongly supports our armed forces community – and our veterans. Renewing the Armed Forces Covenant is something we believe we can successfully begin at this time – and we look forward to working with our local units and other partners to achieve this.

“In the meantime, I want to pay tribute to the work of our armed forces community as the 26th June approaches and thank them, on behalf of the council, for their service and commitment to our communities.”