Lambeth residents will be able to view a detailed 3D model of proposed street designs and improvements around two permanent Low Traffic Neighbourhoods (LTN) in the borough. 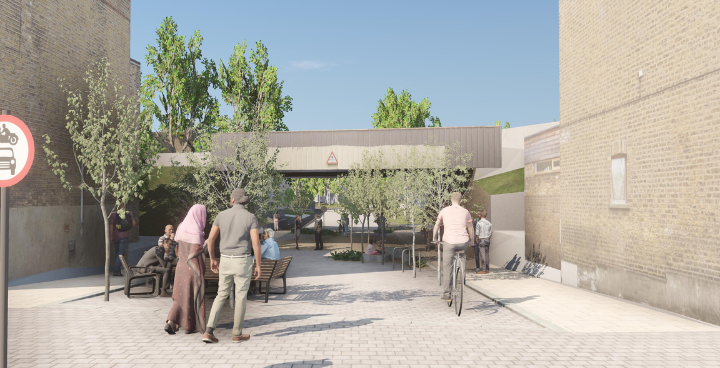 Lambeth Council is asking for public feedback on the proposed designs for the Railton and St Matthew’s LTN and Oval to Stockwell LTN at key points within each area.

The proposals radically changing the way streets are used and feel, creating more space for walking, wheeling and cycling, introducing more greenery and features such as play equipment, seating and cycling parking.

Proposals for the Railton LTN focus on Shakespeare Road, Railton Road South and St Matthews Road, while designs have also been drawn up to enhance Claylands Junction, Fentiman Road and Dorset Road in the Oval to Stockwell LTN.

The concepts for both LTNs will be presented to the public with the aide of a detailed 3D model of each neighbourhood to showcase the proposed improvements and gather public suggestions.

Lambeth council has been working with Vu.City to use its 3D modelling platform to accurately map the local streets including roads, buildings and public spaces.

South London-based Cityscape Digital has been commissioned to add detail to the model and incorporate the proposed street designs to represent how the designs would look once installed.

The council is also hosting drop-in sessions where members of the public can navigate the 3D model in real-time and get a closer look at the detailed proposals.

Both Railton and Oval to Stockwell LTNs were introduced two years ago as emergency measures during the Covid-19 crisis. After a trial phase and extensive public consultation, both LTNs were made permanent at the end of last year.

Feedback from the public will be considered before Lambeth Council presents the final designs and work would begin later this year.

“We have worked closely with two exciting tech start-ups to produce an accurate representation of what we want to do.

“During our three drop-in sessions members of the public will be able to interact with the 3D model to understand the detail of each proposed improvement. Those who cannot make the sessions can view an online video of the 3D model to see the designs for themselves.

“This digital approach greatly improves accessibility for residents, employees and businesses as well as enhancing their ability to share their views on the future of these neighbourhoods.”

Residents, businesses, and those who live or work in the area can give feedback via a dedicated webpage from Monday June 13 until 11.59pm on Sunday July 17.

To share your views on the designs or for more details on drop-in sessions visit: Oval to Stockwell LTN Commonplace or Railton and St Matthews LTN Commonplace