Lambeth Country Show 2016 – our picks for the weekend

There’s something for everyone at the Lambeth Country Show.  Over a packed weekend progamme on Saturday 16 and Sunday 17 July, it’s hard to get to see everything, so we’re giving you our picks to make the most of your time there: 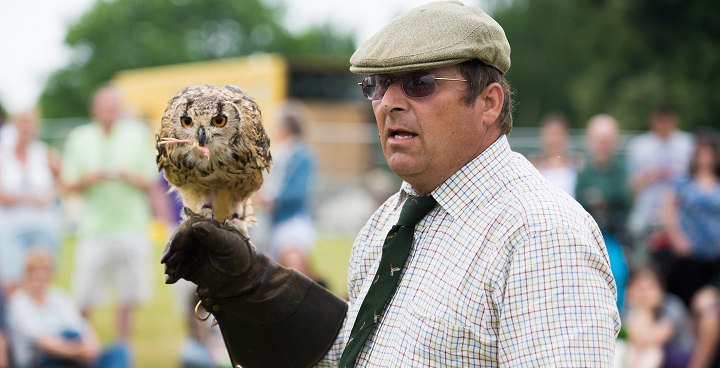 Incognito are headlining on the Saturday and Johnny Clarke closes the show.

Incognito formed in 1979 and are a British band specialising in jazz, funk and soul. They have collaborated with Steve Wonder, Chaka Khan, Paul Weller and Jocelyn Brown. They will be bringing a full 10-piece band to the Show.

Johnny Clarke is a Jamaican reggae musician best known for his recordings with producer Bunny Lee in the 1970s. Clarke was named Artist of the Year in Jamaica in both 1975 and 1976 and became one of the most popular singers on the island. Catch him on our Main Stage alongside the Dub Asante Band.

This year it will be hosted by Oxjam Brixton (Saturday) and Oxjam Clapham (Sunday) supporting Oxjam Music Festival.

Local singers, songwriters and bands will be performing on both days.

There will be school choirs, folk bands, reggae, samba and more.

A Quidditch match will take place – one of the fastest growing sports in the world.

We have a wild west show for the first time, as well as the regular horse jousting shows.

Shambush –  a Kate Bush flashmob –  a unique experience! People can sign up to take part in the flash mob here.

The Sheep Show – our very own sheep shearing show including the infamous dancing sheep!

Berkley Owls – 20 owls on display along with newborns.

In partnership with with the Royal Horticultural Society.  If you’re a keen grower, take a look at our competitions and how to enter them at www.lambethcountryshow.co.uk/getinvolved

There are 85 different classes to enter with prizes on offer for each class. The deadline for entries is Thursday 14 July.

You can use any type of recycled container for your garden; an old wheelbarrow, a shopping crate, a washing up bowl or even an old tyre. You can plant anything from a mini vegetable plot to a flower bed. All successful entries will be displayed over the two days of the show and judged by the public.

In celebration of the Olympic Games in Rio, we want to see your favourite sports and their stars depicted as scarecrows.

The deadline for competitions entries is Friday 8 July.

Check out the new Discovery Zone and Cycle Zone this year, alongside firm favourites the Activate Zone and Eco Zone.

The Show runs from 12 noon to 8pm on both days.  For all the latest news go to www.lambethcountryshow.co.uk or check out our Lambeth Country Show Facebook page.