Children and young people - Focus on Streatham - News and announcements 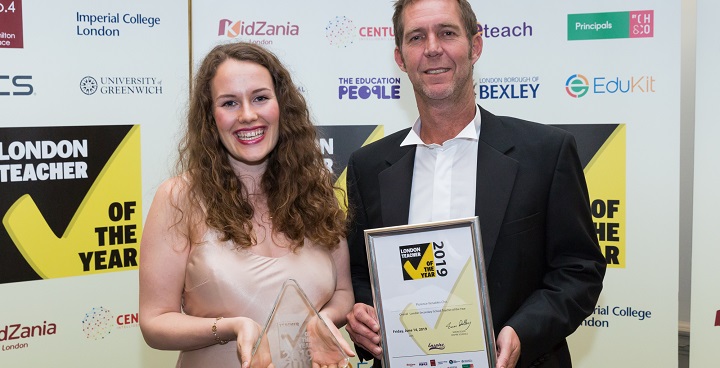 Secondary teacher Florence Venables-Chis of Dunraven School in Streatham picked up teacher of the year awards both for London as a whole and an ‘area’ prize for Lambeth, Westminster and Kensington & Chelsea.

Ms Venables-Chis said: “I think teaching is a job that you go into without expecting any thanks, and we don’t think about the bigger picture sometimes. So it’s really nice to be recognised for such an award.”

The awards were organised by educational charity Inspire Schools and announced at the Mayfair headquarters of the Royal Aeronautical Society on Friday June 14. Inspire Schools’ chief executive, Simon Dolby, said: “It was a fantastic evening with a very generous audience of winners and their guests celebrating each others’ achievements.  All the winners thoroughly deserved their awards. These teachers and support staff really do amazing work expanding the horizons and opportunities of young people across the capital, and the whole of society owes them a huge debt. Thanks to our hosts, to our judges, and to all the VIPs who helped present the awards and entertain the winners on the night.”

The VIPs present included best-selling children’s author Dan Freedman and House of Commons science and technology select committee member Stephen Metcalfe MP. Mr Freedman said: “The people here are heroes because they teach the generation that are going to be the future, and these guys are leading the way. I hope that the awards go on for many years, and that the stories of the achievements of these teachers are recognised far and wide.”