West Norwood Library and Cinema has been commended at a prestigious architecture awards ceremony held in central London. 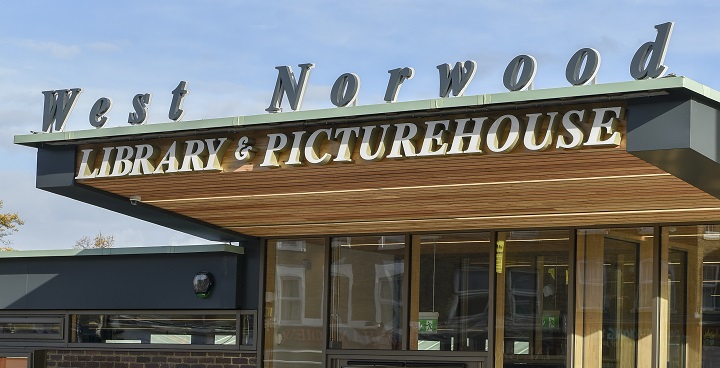 The New London Architecture Awards were announced on Wednesday (July3). They recognise the very best in architecture, planning and development in London, and the winners were selected by an international expert jury.

West Norwood Library and Picturehouse, which opened in October last year, is a joint venture between Lambeth Council and Picturehouse Cinemas.  As well as a library, the building has been refashioned to include a  four screen cinema, community room, restaurant, café and bar.

Cllr Sonia Winifred, Cabinet member for Equalities & Culture, said: “I’m delighted that West Norwood Library is proving such a success, and this commendation from the NLA just reinforced what a fantastic asset it is both for West Norwood residents and for people across the borough.”

The original West Norwood Library & Nettlefold Halls, a modernist building, was first opened in 1969 by Princess Margaret and featured in several scenes of Stanley Kubrick’s “A Clockwork Orange”.  It lies within the West Norwood Conservation Area and adjoins West Norwood Cemetery, a grade II registered Historic Park and Garden.

The design and materials of the original building were considered to have a positive impact on the Conservation Area.