The Museum of London has added the ceremonial chain created by the Lambeth Mayor, Cllr Philip Normal, Mayor of Lambeth, to its ongoing Collecting COVID initiative. 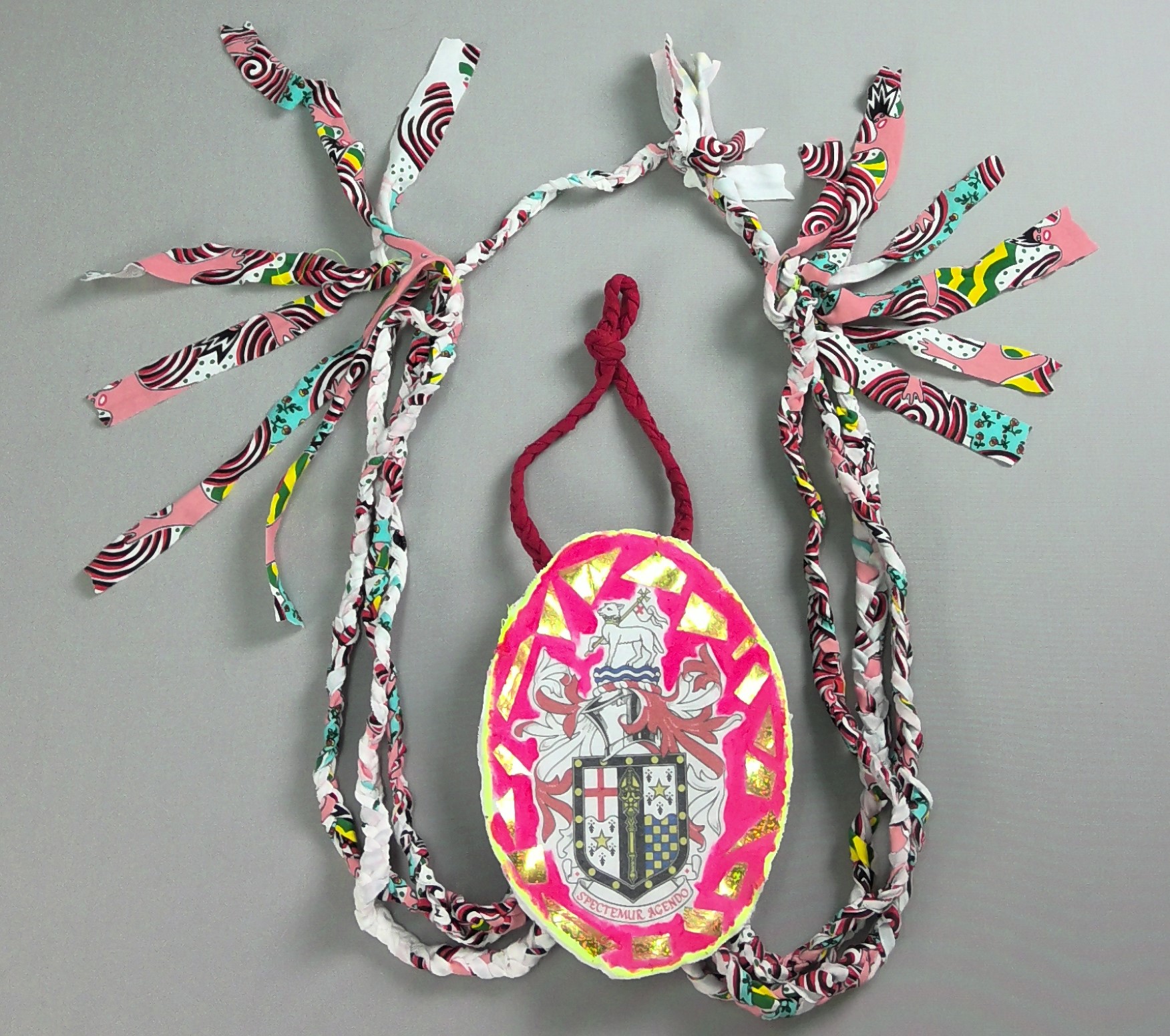 Cllr Normal made the chain for his virtual appointment as Mayor of Lambeth on April 22 last year during the first national lockdown. He created it using card and plaited t-shirt fabric, and it has Lambeth’s coat of arms painted on it inside a fluorescent pink oval with the words ‘Spectemur Agendo’ meaning ‘Let us be judged by our acts’.

Before becoming Mayor, Cllr Normal had been councillor for the Oval Ward in Lambeth since May 2018 and is well known as a LGBTQ+ activist, ambassador for HIV awareness and fundraiser for the akt which supports LGBTQ+ young people experiencing homelessness or living in hostile environments. He is also the first openly HIV+ mayor in the UK.

Cllr Philip Normal, said: “Taking office as the Mayor of Lambeth in a virtual ceremony was, of course, not what I had imagined, but it was unique and part of socially distanced life which has, unfortunately, become normal over the last year.

“I am really pleased that my ceremonial chain will become part of the Museum of London’s permanent collection to inform future generations not only about the Covid-19 crisis, but about the stigma still faced by many living with HIV.”

The Collecting COVID project which started in April 2020 aims to reflect Londoners’ lives during the time of the Covid-19 crisis in order to keep a record so future generations of Londoners will be able to learn about and understand this extraordinary period.

Beatrice Behlen, Senior Curator of Fashion at the Museum of London, said: “Councillor Philip Normal’s ingenious interpretation of a mayoral chain provides a marvellous example of the creativity employed by so many Londoners to cope with the hardships and changes we are all facing as a result of the pandemic.

“It was one of the earliest objects we wanted to acquire when we began our Collecting COVID project, not only because the object documented the change from physical to online life as it was made for a virtual Mayoral ceremony, but also because of Philip’s activism.

“This acquisition, announced in LGBTQ+ History month and 40 years since AIDS was first reported upon in 1981, marks an important addition to our permanent London Collection by documenting the appointment of the UK’s first openly HIV+ Mayor while also reflecting the spirit of Londoners to carry on in sombre times.”

To stay up to date with the project and other Museum of London online updates including its diverse online programme of talks, tours and content for LGBTQ+ History Month visit www.museumoflondon.org.uk or follow @MuseumofLondon #CollectingCOVID.