Lambeth Council has announced plans to balance our budget for the next four years, with proposals to protect spending on early intervention and preventing youth violence and to consult on a new voluntary council tax rate to invest in services in the borough. 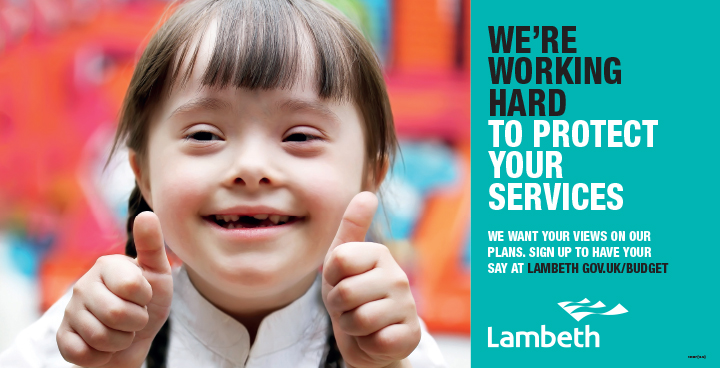 Cuts from central government funding has reduced Lambeth’s budget by £238m since 2010, one of the highest cuts of any council in the country. But over the next four years, rising demand and further government cuts mean the council has to find over £43 million. That’s more than the council spends each year on parks, rubbish and recycling, libraries and street cleaning combined.

Despite the scale of the challenge, the council’s Medium Term Financial Strategy focuses on protecting most front-line services from major cuts and identifies the bulk of savings from back-office efficiencies, new income and reducing demand.

In particular, there are ambitious plans to invest in more housing for homeless families to reduce spending on temporary accommodation, to set up new preventative teams to work with vulnerable families to prevent children from going into care and to work with the NHS to integrate local care services which would produce better outcomes at the same time as saving money.

The council has now launched a five-week public consultation on the plans, asking residents for their views and we need your help to shape the future of these services. Have your say now at Have your say on Lambeth’s Budget Challenge Survey.

As part of the consultation, residents are being asked for their views on the introduction of a new voluntary higher rate of council tax to protect services. The council’s council tax powers are limited by government and the valuations are based on 1991 property values which have changed dramatically in Lambeth in recent years.

Following the example of other local authorities and requests from residents, Lambeth is seeking views from local people about their views on a voluntary rate and how it should be spent.

In the MTFS, Lambeth has focused not only on making savings through reductions and new ways of delivering (such as digital) but also on finding new sources of funding.

The borough is one of the fastest growing in terms of business and population growth and the council is harnessing that to boost the local economy and increase council revenue.

By creating new opportunities for businesses to relocate and grow in the Borough, whilst providing the most affordable workspace in London. And at the same time by delivering our ambitious programme to build 1000 new Council-rent homes, whilst also providing more secure and affordable homes for purchase and rent to tackle the housing crisis.

The majority of Lambeth’s budget is spent on protecting and caring for vulnerable people in the borough, through Adult Social Care and Children’s Services.

Cllr Andy Wilson said: “This budget marks over a decade-long period of government cuts to Lambeth council’s budget – and it’s clear that despite the government’s warm words, austerity is not over for local government.

That’s the context in which we’re making these choices. But despite the government’s failure to fund local services, I’m proud that as a council we’re still protecting the services our most vulnerable residents rely on.

The bulk of the savings in this budget come from transforming the way the council works, improving services for residents and working with our partners like the NHS to deliver them in a more efficient way.

And we’ve acted to protect our funding for advice services hit by the government’s welfare reforms, to protect spending on children’s mental health and our violence against women and girls services and to increase spending on front-line services for young people in the borough.

At a time of cuts to other public services and concerns about rising violence in London, we are focusing resources on the services that need them the most.”

Lambeth Council’s Budget proposals are open for comments from 7 December 2018 to 14 January 2019.

View the Have your say on Lambeth’s Budget Challenge Consultation.