Do It London wins prestigious Campaign of the Year award

Arts, culture and events - Health and Wellbeing - News and announcements

London’s ground-breaking HIV prevention campaign, Do It London, has won the prestigious Campaign of the Year at the national LGC Awards 2018. The awards celebrate local government teams making the biggest difference to their communities. 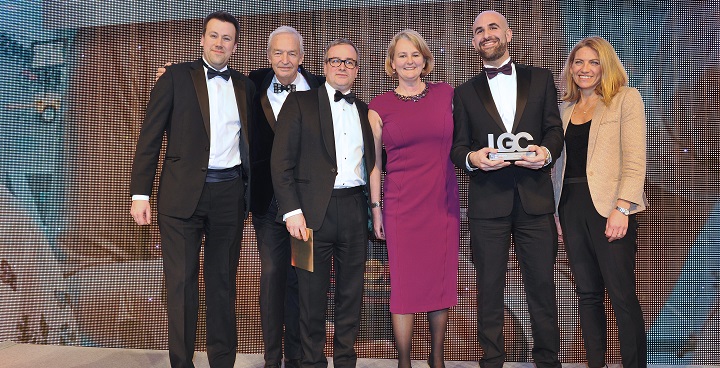 The campaign encourages Londoners to “do it your way” by advocating that HIV prevention through a combination of options, including using condoms, testing regularly for the virus, using Pre Exposure Prophylaxis (PrEP) and, for people who have been diagnosed HIV positive, achieving an “undetectable” viral load through the use of antiretroviral medication.

The judges highlighted the Do It London campaign’s targeted approach and rigorous focus on data analysis and measured outcomes. The campaign’s focus on thorough marketing evaluation throughout their campaigning phases was also commended.

The latest Do It London campaign, uses simple and clear imagery to inform the public of the variety of options for avoiding transmission of HIV through sexual contact.

Do It London is run by the London HIV Prevention Programme (LHPP), a collaboration led by Lambeth Council on behalf of 30 London boroughs and the City of London. Each partner contributes to the LHPP on a sliding scale relative to the HIV prevalence in its area. The programme delivers London-wide outreach and condom distribution as well as the capital’s HIV prevention campaign.

Cllr Jim Dickson, Cabinet Member for Healthier and Stronger Communities, said: “We are delighted at this award win. It’s fantastic recognition of this brilliant campaign, and of the team behind it who have worked incredibly hard to make a real difference in people’s lives.“

A record reduction in new diagnoses

The ‘Do it your way’ phase of the campaign follows two years of successful Do It London social marketing to promote HIV testing and safer sex in the capital. During that same period, HIV diagnoses in the capital dropped dramatically, with a record 40 per cent reduction in new diagnoses in five central London clinics. Such a dramatic fall was not observed in the rest of England.

The most recent phase of the campaign was coordinated with the launch of a new NHS Pre-Exposure Prophylaxis (PrEP) trial which will make the preventative drugs (taken by HIV-negative people to protect against the virus) available to groups considered at high risk of HIV, at no cost from sexual health clinics.

The judges presiding over the award stated that:

“This is a world leading and life changing campaign that demonstrates exceptional partnership working. It has tackled a difficult subject area but has showed clear results and impact through effective research, insight and evaluation”

“This is recognition of Do It London’s role as a major component of HIV prevention in the capital, with very positive consequences for early diagnosis, treatment and prevention.

“Winning this award is a real lift for everyone involved and should help secure the future of the London HIV Prevention Programme as well as its important and impactful campaign.”