This Saturday 10 October sees the launch of National Hate Crime Awareness Week at a special Service of Hope and Remembrance at St Paul’s Cathedral. 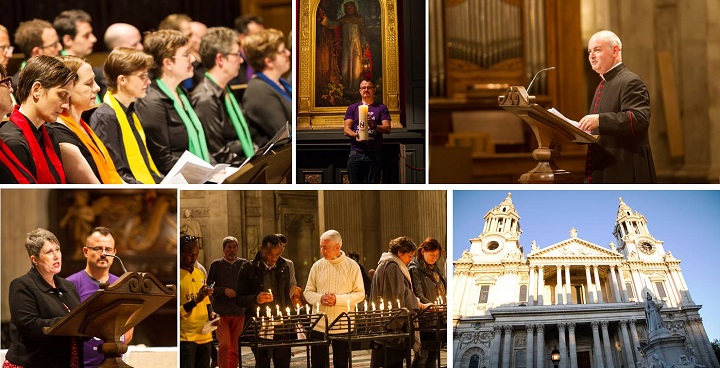 The objective of the week is to raise the social and political profile of hate crime and provide an opportunity for local authorities (Police and Councils) to work with communities affected by hate crime. It aims to raise awareness of hate crime, to encourage reporting and increase victim access to support, to prevent further hate crime incidents and improve the manner in which existing incidents are handled.

The Disability Hate Crime Partnership Lambeth is organising an event about disability hate crime on Wednesday 14 October at We Are 336.

At 12 noon on Saturday 17 October there is a gathering and daffodil planting on Clapham Common to mark the 10th anniversary of the death of Jody Dobrowski followed by an LGBT Engagement day at the Two Brewers organised by the Lambeth LGBT Network.

This year the Mayor’s Office Policing and Crime has included an objective in the MOPAC Hate Crime Reduction Strategy for London. Objective 2 is to run a campaign to promote the National Hate Crime Awareness Week and to this end 5,000 hate crime awareness packs have been produced to distribute across the capital. For the first time the Deputy Mayor of London Stephen Greenhalgh is going to be speaking at St Paul’s Cathedral.

This year the launch event is focusing on Islamaphobia. Maz Saleem, the daughter of Mohammed Saleem who was murdered in an unprovoked anti-Muslim knife attack, is going to light the Candle of Hope and Remembrance for those affected by hate crime in honour and memory of her father.

The national candle will remain lit in St Paul’s Cathedral for the duration of the week. Fiyaz Mughal OBE will be speaking on behalf of Tell Mama – the independent advice and support service set up by Faith Matters to encourage people experiencing Islamaphobia to report what they are experiencing.

Tickets are FREE and booked via Eventbrite.

So far over 130 events have been registered on the National Hate Crime Awareness Google Map, and a wide variety of events covering the hate crime strands (Alternative Sub-cultures, Disability, Faith, Gender Identity, Race and Sexual Orientation) are being organised. There are lectures and theatre productions being staged, Gala nights and fundraising collections, hate crime stalls and classroom talks, coffee mornings and even a hate crime bingo session in a church.

Seven years after the death of Ian Baynham the week to honour his memory has evolved into a national event and hate crime awareness activities are being organised all over the country.

17-24-30 No to Hate Crime Campaign was set up by Mark Healey and Ryan Parkins in April 2009 to mark the 10th anniversary of the London nail bomb attacks on Brixton, Brick Lane and Soho. 17-24-30 represents the combined dates of these attacks on the 17th, 24th and 30th April, and the group facilitates the annual April Acts of Remembrance #AAR to mark the anniversaries of these attacks.

17-24-30 started on Facebook and is now registered as a small charity.

On the 23 June 2015 the Prime Minister recognised Mark Healey as the 272nd UK Point of Light. UK Points of Light is a national award which recognizes outstanding individual volunteers – points of light in our country – who are doing extraordinary things in the service of others.

“You (Mark Healey) have created an inspiring movement to end prejudice and discrimination in our country. 17-24-30 and the National Hate Crime Awareness Week which you have established are doing vital work in raising awareness and challenging the beliefs that can lead to abhorrent crimes. As Prime Minister I am personally committed to tackling hate in all its forms, and I am immensely grateful to you for what you have done for such an important cause.” PM David Cameron.

If you have witnessed or been a victim of any form of hate crime please contact the Police (999 in an emergency, 101 if not an emergency). You can also report hate crime online to the Police via the True Vision website.

Alternatively you can report online to Lambeth Council community safety service, or through any of the independent third party reporting services listed on the Lambeth Hate Crime Blog.