A major cultural project proposal developed as part of Lambeth’s bid to be London’s Borough of Culture, has been awarded one of six Cultural Impact awards from the Mayor of London. 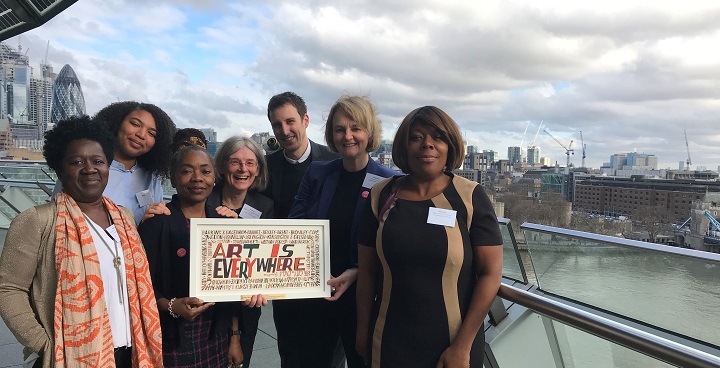 The Next Generation project will see Lambeth Council work alongside key cultural institutions in the borough to provide skills, jobs and opportunities for young people and those underrepresented in the cultural workforce.

Cllr Lib Peck, Leader of Lambeth Council, said: “I’m delighted that our key project was picked out as one of the exemplary project winners.

“The Next Generation project will increase participation, and deliver cultural opportunities for people who may not feel able to access all the wonderful culture Lambeth, and London, has to offer.

“It will empower people, develop skills, provide jobs and, I’m confident, inspire a new generation of cultural leaders – one that is more diverse and representative of our wonderful communities.

“While Lambeth isn’t the official Borough of Culture, we will continue to work together with all our cultural organisations, big and small, to be a beacon of cultural brilliance and aspire to deliver as many parts of our bid as possible.”

The project aims include:

Mayor of London, Sadiq Khan, said: “I’m delighted that Lambeth has been awarded funding to support a project that will help more young people from across the borough develop careers in the arts. Projects like this will ensure London remains a global capital of culture, by developing the next generation of cultural leaders.”

Lambeth will continue to work with the over 70 supporting organisations who backed the OurLambeth bid in order to deliver some of the other projects outlined in the bid document.

Later next month, Lambeth Council will also publish its first ever Creative & Digital Industries Growth Strategy for the borough. The Strategy will identify opportunities and threats, benefits of growth for residents and set out how the council and partners can encourage and support these dynamic sectors. This will provide the foundation and commitment to make Lambeth the next destination and, in time, leader for London’s creative and digital economy.