Each year, Team Lameth takes part in an Olympic-style event for those older than 55 – Better Club Games. This year’s events were launched by former World Boxing Champion John Conteh. 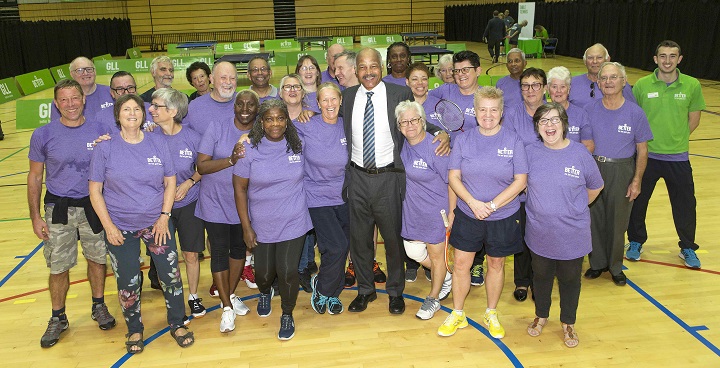 Team Lambeth represented their borough to compete against 700 over 55-year-olds from all over London and the South at the 2018 Better Club Games; an Olympic-style event for older people at the Copper Box Arena, Queen Elizabeth Olympic Park on Wednesday 10 October.

Out of the 22 boroughs entered, Team Lambeth performed well to finish in sixth place overall – due to fantastic individual competitors who gave Lambeth a top 10 position in all but one sport:

Former WBC World Light-Heavyweight Champion and star of BBC hit show Superstars, John Conteh MBE was the guest of honour and officially opened The Games. John said: “it was great being part of the Better Club Games at the Copper Box Arena, watching so many teams of people of advanced ages keeping fit, by applying themselves to the numerous sporting events. It inspires me to continue my workout routine, and enjoy the benefits of wellbeing. As my old trainer used to say to me, ‘most fights are won and lost on the training ground.’”

Mark Sesnan, Managing Director at GLL, said: “As GLL is the UK’s leading charitable leisure social enterprise we are proud to run the Better Club Games and to celebrate the benefits that regular physical activity and an active lifestyle can bring to both mental and physical health, whatever your age.”