Lambeth Talk’s Summer Special includes Lambeth’s new mayor, new Cabinet and news on both the summer of food and fun for schoolchildren and summer highlight the Lambeth Country Show. 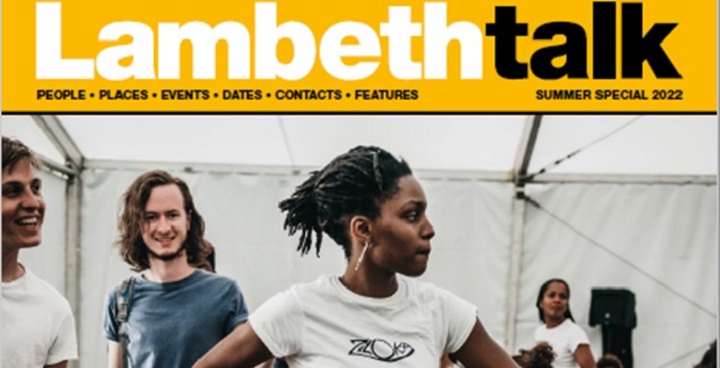 Your latest Lambeth Talk magazine is a summer special featuring Lambeth Country Show – back to its traditional time and place in Brockwell Park on July 16 & 17 for the first time since 2020. Lambeth Talk brings you news and updates from Lambeth Council and the community.

Get your copy of Lambeth Talk