As part of our commitment to making it safer for young people to walk, cycle and scoot to school and protect children from breathing in dangerous levels of pollution, we are proposing to introduce permanent timed road closures around a primary school. 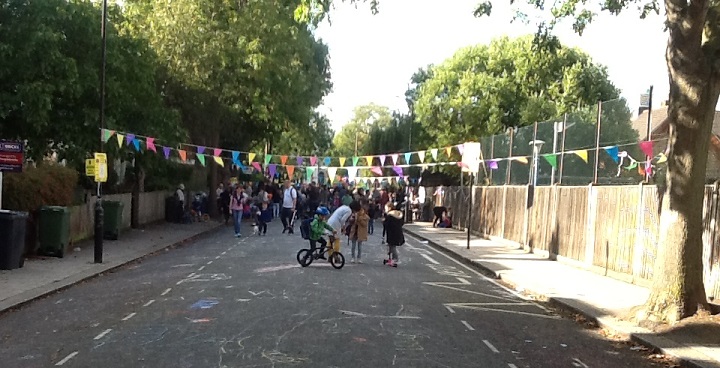 Roads around Immanuel and St Andrew CE primary school in Streatham will be closed during morning and evening pick up and drop-offs.

After the trial, which took place in March this year to address concerns around road safety, rat-running and parking issues, was widely supported by parents and local residents; saw an increase in pupils walking, riding and scooting to school and helped to reduce traffic and congestion in the schools immediate vicinity, the council and school deemed the trial to be a success.

What are we proposing?

The trial, which ended on 23 July 2019, saw barriers in place to restrict road traffic around the school. We now want to implement permanent timed closures around the school, and will use Automatic Number Plate Recognition (ANPR) cameras at each of the 3 closure points on Northanger Road, at the junction with Westwell Road, Greyhound Lane and Buckleigh Road, which will help to enforce the experimental Traffic Management Order (TMO) and pedestrianised zone. We will aim to replace the current barriers with the cameras in October.

Will I be affected by the closure?

Our aim is to make the outside of the school into a pedestrian and cycle zone only during the school morning and afternoon. The school will operate gates to enforce the closure for this trial until they are replaced with the cameras. With a TMO in place, an experiment carried out by the council to prevent vehicles accessing the closed road means even when the gates aren’t in place enforcement action can be taken by the council, as a violation is being committed.

During these times access to the road will only be granted to blue badge holders and emergency vehicles. Residents will be able to leave the street by car and we’ll put up well-in advance warning signs at the entrances of the closed street to let drivers know about the restrictions.

Cllr Claire Holland, Deputy Leader of Lambeth Council with responsibility for Environment & Clean Air, said: ‘’We want to protect our future generations from breathing in toxic air, which is known to cause serious health problems such as lung defects, breathing problems and cancer and put the infrastructure in place for them to walk, cycle and scoot safely.

Having timed road closures around the school’s immediate surroundings means that children travelling to school will breathe in less toxic air and be able to do so more safely. It’s important that we act now and urgently to start making positive change and realise how harmful pollution is to people living in our borough and in London as a whole.’’

We want to hear your views on our proposals to introduce permanent timed road closures and you can share them with us by completing our survey below:

View a map of the closure points on Northanger Road.

More information can be found on the Lambeth Council website: www.lambeth.gov.uk/schoolstreetsimmanuel2

In January this year, Lambeth Council committed to ambitious plans to become carbon neutral by 2030, being the first London council to do so.

As part of our action plan in response to the climate crisis, we want to tackle pollution in our borough and protect our younger generations from breathing in London’s toxic air.

Find out more information at https://love.lambeth.gov.uk/carbon-neutral-plans/