Schools love ‘The Hate You Give’

Local schools were among the first at the new West Norwood Library & Picture House to see the film of school library favourite ‘The Hate You Give’. 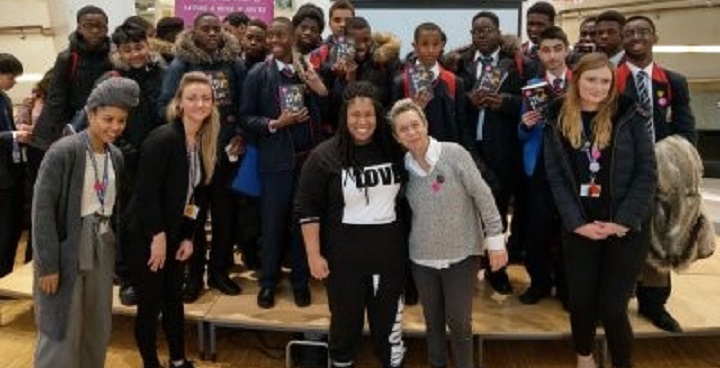 In March, Angie Thomas, author of Young Adults novel ‘The Hate You Give’, visited Clapham Library for a Q&A (and countless selfies) with over 200 readers. In November the same pupils were among the first visitors to the new West Norwood Library & Picture House for the film adaptation.

Experiencing how a work of fiction is adapted for the big screen helps students think about looking at creative work in different guises. A film adaptation may ruin someone’s mental picture of the story’s characters but it is a great way to show students other points of view and enables them to share their views and open up discussion.

Teachers were also enthusiastic.Michael from Elmgreen School emailed Lambeth Libraries to say: “The movie provoked serious questions, and students had so much to talk about afterwards. Many students would not have had the opportunity to view such an important feature in the cinema.”

Lambeth Libraries want children and young people to read more and to enjoy reading. We look forward to creating more opportunities for them to exercise their minds in 2019.