Lambeth and Southwark Councils are set to establish 40 safe havens at businesses in known harassment hotspots where women and other vulnerable people can access safety and support when in need at night-time. Licensed premises and other businesses in both boroughs will undergo bespoke training with the Safer Business Partnership, a crime reduction agency. 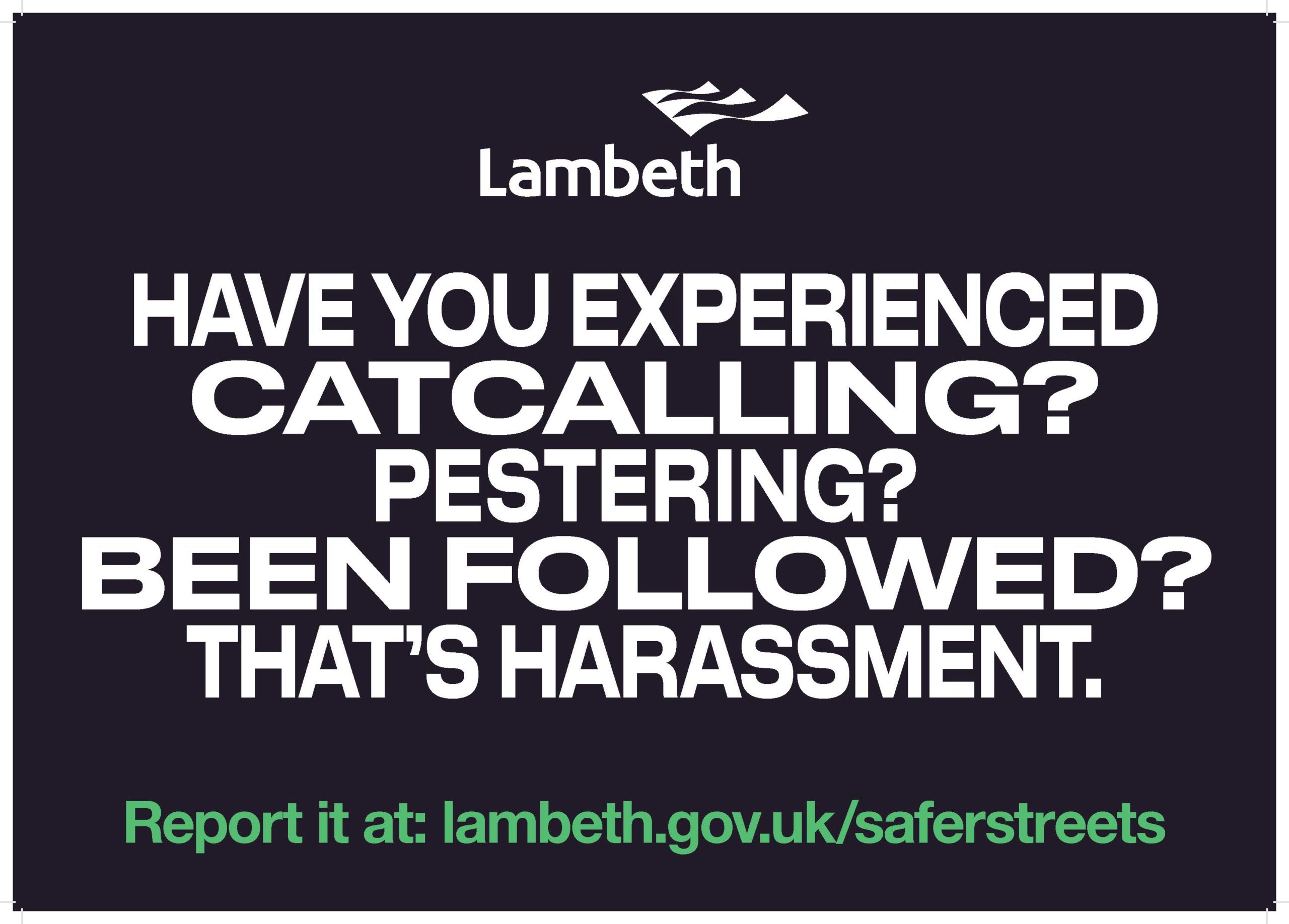 Staff will offer support to anyone who feels unsafe or has been harassed, including helping organise safe transport home or calling family, friends or the police. A Safe Haven sign in their window tells people where they can get assistance.

The new safe havens network is part of Lambeth and Southwark’s partnership work to tackle violence against women and girls in all forms. This will initially focus on areas along the borough boundaries including London’s South Bank, Loughborough Junction, Denmark Hill and Camberwell, which were chosen after analysing crime data.

Both boroughs now have Community Wardens who are specially trained to spot potential violence and harassment on the boroughs’ streets. CCTV operators have also had specialist training so they can direct action on the ground.

A website has been set up in Lambeth for people to share where they feel unsafe in a bid to drive up reporting of concerns and reveal the true scale of this under-reported criminal offending. Visit lambethsaferstreets.commonplace.

The new scheme is being launched on November 25 which is the UN’s International Day for the Elimination of Violence Against Women after which 16 days of activism follow. Lambeth Town Hall in Brixton and Southwark Council’s buildings at Tooley Street and Queen’s Road Peckham will be lit up in orange on November 25 to back this year’s UN campaign called ‘UNITE! Activism to end violence against women and girls’. 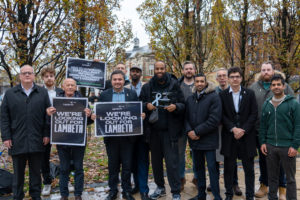 To mark the day Lambeth Council has also secured White Ribbon Accreditation which recognises organisations taking a strategic approach to ending male violence against women by engaging with men and boys, changing cultures and raising awareness.

Cllr Mahamed Hashi, Lambeth Cabinet Member for Safer Communities, said: “It is completely unacceptable for women to feel unsafe in their own homes or on the streets of our borough, and we have worked hard over many years to tackle the scourge of violence and women and girls.

“But we are always striving to do more, taking concrete steps to raise awareness of this crime, to support the women and girls affected by it and to prevent it.

“We are working to let perpetrators know harassing women in the street is totally unacceptable and putting the responsibility on offenders, as well as setting up new ways for people to report these crimes. This is alongside measures to tackle incidents as they happen.

“Both these approaches are essential and build on the long-term commitment we have to protect services tackling violence against women and girls from budget cuts and to prioritise this work.”

Cllr Dora Dixon-Fyle MBE, Cabinet Member for Community Safety, said “Women and girls should be able to walk around our boroughs without fear or intimidation. Perpetrators and bad behaviour are not bound by borders, so working together to make our streets safer across both boroughs is crucial.

“Our practical interventions to increase feelings of safety, like our new Safe Haven businesses, must go hand in hand with a major cultural shift. We must tackle the toxic attitudes that underpin male violence against women and girls. That’s why our new campaign in Southwark speaks directly to men and boys.

“Crucially we are getting to the root of the issue in Southwark, as well as training our street-based staff so they know how best to respond to ensure women’s safety.”

In March this year Lambeth Council launched “Look out for Lambeth” positive action campaign against violence against women and girls that targeted men and boys and focused on changing behaviours and attitudes to women – making it clear who is responsible to addressing the issue. It featured local men of various ages with clear messages to reinforce who is responsible and who must change.

The campaign will re-launch on November 25 with adverts encouraging women to report on street harassment and other forms of violence against women and girls. It will also build on the last wave of the campaign to highlight unacceptable male behaviour.

On the same day, Southwark Council is launching their positive action campaign where men and boys will see sexual harassment ‘through a girl’s eyes’. ‘Everyday’ sexist behaviour sits on a sliding scale of harm where, if not called out, can escalate into violence against women and girls.

Through film and posters, men and boys will be asked to make it right by challenging their own attitudes and behaviour, and that of others. Visit southwark.gov.uk/through-her-eyes.

Lambeth and Southwark drew up a joint bid to the Home Office’s Safer Streets Fund for their joint work. Crime data mapping showed a clear need to improve safety and partnership along the borders between the two boroughs, particularly in relation to violence against women and girls incidents.

The work is underpinned by Lambeth Council’s current strategy for tackling Violence Against Women and Girls which was adopted in 2021 and sets out how the council works with its partners on the issue over the next five years.

It the council’s third strategy and builds on a decade of work to establish effective services, partnerships and processes that support victims and survivors and their children, and hold perpetrators to account.

Lambeth council funds the largest number of refuge centre beds in London with 52. There is also specialist community-based support for survivors of VAWG and a specific service for those affected by female genital mutilation.

Lambeth named as Borough of Sanctuary

Official backing for the work of the council and the community to welcome refugees, migrants and those seeking sanctuary