Stockwell Partnership formed in 1999 – and still has the same aims: to improve the quality of local life by undertaking projects, building partnerships, and supporting residents to take action on issues they care about. 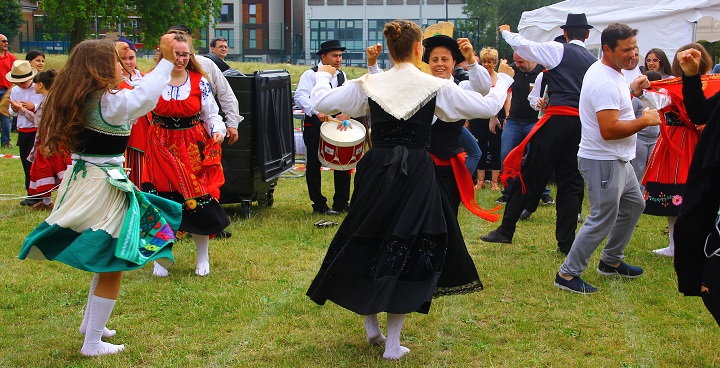 We work in partnership with Lambeth Council and others to include minorities in consultations, like making sure Stockwell residents’ views were included in the Stockwell CLIP and Neighbourhood Action Plan.

Stockwell has a high population (68%) from outside the UK, including Polish, Somali and Portuguese communities. Our bilingual Portuguese services help over 500 people per year with welfare, health, education, employment and housing support and advice. We support Portuguese speakers to volunteer on community projects, and to support local events such as the Stockwell Square launch and the Stockwell Winterfest.

Our Bilingual Advocacy service works very closely with Lambeth Early Action Partnership (LEAP). We’re currently running a pilot scheme to look at what works in early intervention and what services parents most need. We hope it will develop into a co-ordinated Stockwell parents’ forum which networks with other parent forums such as Tulse Hill. We also have strong links with universities researching into communities.

July’s Stockwell Festival was a great comeback after two years with more celebration of diversity than ever. We had 5,000 visitors, local musical acts, and dozens of stall holders. We’re looking for sponsorship and people who want to get involved for next year.

“What still needs to happen?”

Some of the things the local community wanted – like improving the centre of Stockwell – have now happened. We run regular forums asking “what still needs to happen?” and more cycle safety and getting Stockwell Bus Garage – for years the biggest concrete structure in Europe – properly maintained are still on Stockwell’s wish list.

We’re not a campaigning charity, but we do advise and influence. We work with residents to create a neighbourhood where people feel happy and safe, and where they have a sense of pride and ownership.