Support for trans people in Lambeth 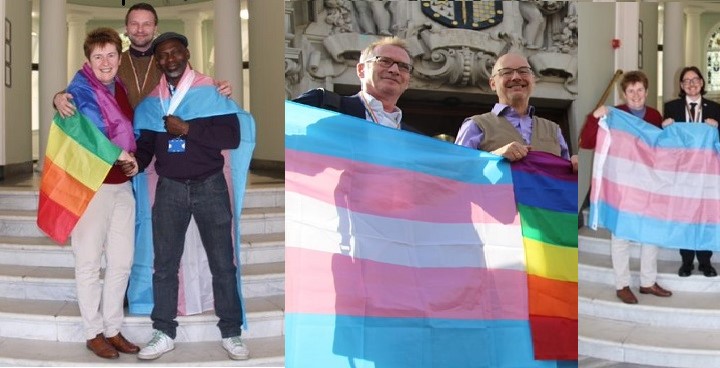 Lambeth will mark International Transgender Day of Visibility – Sunday 31 March – by flying the pink, white and blue Trans flag at the Town Hall from Thursday 29 March to Wednesday 3 April.

Lambeth Public Health are also working with the Camberwell Sexual Health clinic at King’s College Hospital and with CliniQ to launch a sexual health clinic for trans people in Lambeth, Southwark and Lewisham.

To help increase awareness within Lambeth, frontline staff are being offered Trans awareness training sessions to help them to be better able to support trans residents. There will be training sessions throughout the next 12 months, with the first this week. The trainers are Gendered Intelligence who have supported Trans people and run training sessions to increase the understanding of gender diversity for over 10 years.  The course includes:

The Law and Trans People

This is a joint project between Lambeth Public Health and HERO/GMFA, a local LGBT voluntary sector organisation.