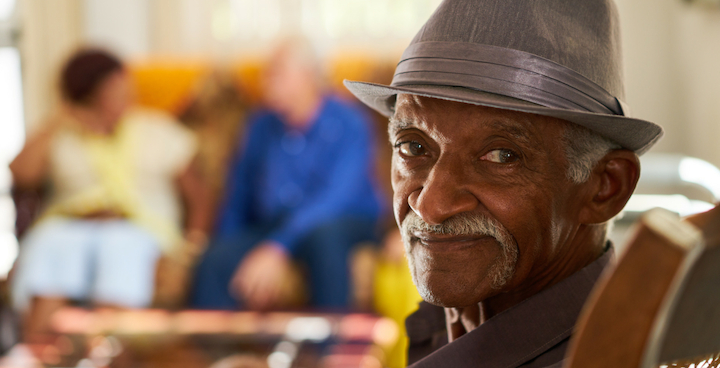 The council was first in contact with Trevor 12 years ago when he was struggling with mobility issues and particularly getting in and out of the bath. Lambeth’s Occupational Therapy team assessed his home and installed a level access shower, which meant he could continue living independently.

Five years later Trevor applied for a blue badge and the council issued him with one.

At this time, Trevor was acting as the sole carer for his wife Margaret, and his eyesight was beginning to deteriorate. His wider family became concerned and contacted Lambeth Council for help and advice. A social worker met Trevor and Margaret to assess their needs and suggested a carer was hired to carry out the majority of care for Margaret.

Trevor was reluctant to accept the help however, and the social worker met with him several times to persuade him. During this time, Trevor was struggling to keep the family home clean and tidy.
It was recommended that Trevor and Margaret move out of the house, into an extra-care scheme in the borough to get the support they needed in a clean and healthy environment. After some explanation and planning by the social worker with Trevor, he agreed.

Sadly, Margaret died soon after. Trevor remained in the extra-care scheme. After further meetings with the social worker it was clear that Trevor was struggling to cope with the death of his wife and he wanted to move again.

Lambeth found Trevor a place at a sheltered residence and he is now happily allowing carers in to support him, with his health improving.

Whilst Trevor’s case is closed, his social worker remains in regular contact to ensure he is happy and healthy.