Written by: Lambeth Council with Lambeth Together

Focus on Brixton - Health and Wellbeing - Voluntary and community sector

On World Suicide Prevention Day, Lambeth Together, a partnership of local public and voluntary sector organisations, invited mental health experts, charities, doctors and more to share in a commitment to joining the new ‘zero suicides’ target for London. 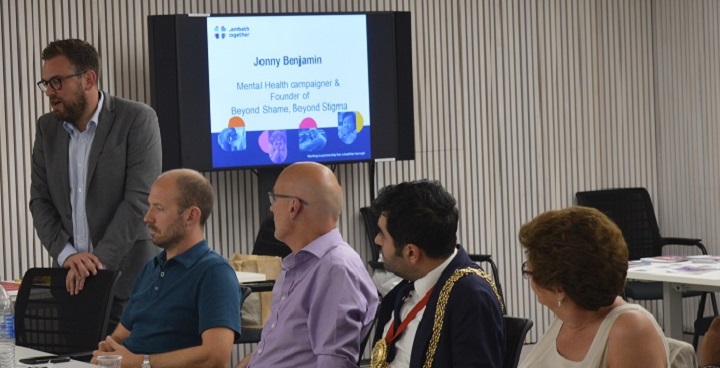 In 2014 Jonny Benjamin started a social media campaign to #findMike, the passer-by who talked him out of taking his own life in Lambeth. The campaign went viral and led to Jonny re-connecting with Neil, (the real name of the stranger who stopped him) and the two of them campaigning for suicide prevention and setting up the ‘Beyond Shame, Beyond Stigma’ charity. 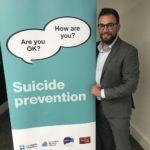 Jonny said: “Many mental health problems start in the teenage years, we should do more, earlier. From the age of 5 I was scared of what was in my head, but didn’t have anyone to talk to about it, so I didn’t. At school, people came to talk about careers, they didn’t talk about feelings. The only mental health education I got was the film ‘One Flew Over the Cuckoo’s Nest’. At university, I was sent to a suicide ward. They watched me 24 hours a day but never spoke to me.  I know I can’t talk myself out of wanting to die. I was stopped from killing myself by a stranger. No-one had listened before. No-one said ‘you’re going to be all right. ”

London’s new Zero Suicide initiative also recommends that every organisation should have a lead suicide prevention champion. Cllr Ed Davie, Cabinet member for health and adult social care  introduced the council’s champion, Cllr Joshua Lindsey, who will focus  on raising awareness among high-risk and vulnerable groups, including men under 50.

For more about local expert partners who can help with information and training on suicide prevention.