Lambeth is committed to maximising the number of affordable homes built in the borough, to make sure residents aren’t priced out of the housing market. 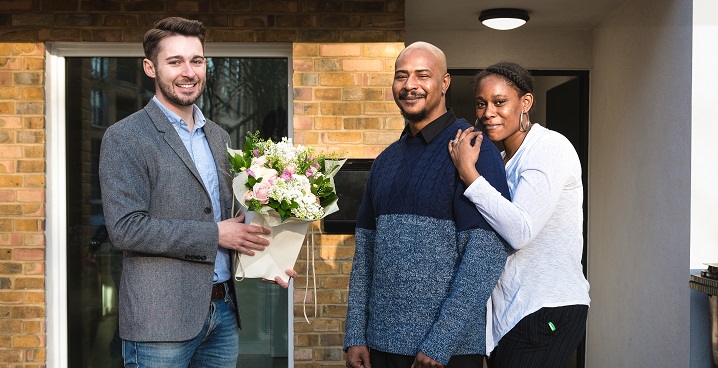 The council’s planning policy is to ensure that 40 per cent of the homes on proposed housing developments should be affordable, to help tackle the housing crisis.

But latest figures have revealed that Lambeth has beaten this target. Of the new-build homes completed in Lambeth in 2016-17, 43 per cent were new affordable homes, including new social housing and affordable home ownership. Out of a total of 1,010 net additional new build units, 431 units were affordable.

Taking into account replacement social housing on estate regeneration schemes, the percentage of affordable housing built in Lambeth last year rises to 46 per cent: out of 1,093 gross additional new build units, 503 units were affordable. (The ‘gross’ number of units from a housing development is the total number of units created by the development; the ‘net’ figure is the number of housing units created minus any existing units lost due to the development).

We’ve stuck to our policy position that at least 40 per cent of new homes should be affordable on sites capable of accommodating 10 or more homes, where public subsidy is not available. We’ve also negotiated hard with developers to get as many affordable homes built as possible. But we also know that securing a percentage of affordable housing from private developments will never be enough.

There are 23,000 people on Lambeth’s waiting list for social housing, and nearly 2,000 homeless families are in temporary accommodation provided by the council. To fight the housing crisis we can’t just rely on a slice of the private sector’s pie. So Lambeth has launched the most ambitious council-led building programme in a generation, with a pledge to build 1,000 extra homes at council rent, alongside a £500m investment in improving our existing council housing.

We’re delivering on that promise: thousands of council homes have been refurbished with new windows, roofs, kitchens and bathrooms and our first new council homes in a generation are complete with local families already moved in.

On our estate regeneration schemes we’re not just rebuilding homes for all existing residents, we’re increasing them. Over the next few months, planning applications are being submitted for hundreds more new homes, and next spring 70 new council-level rent homes will be completed in Kennington.

We’re also building new homes for private renters, with long tenancies, rent security and freedom from letting agent fees so we can drive up standards for everyone in the borough.

Last week Sadiq Khan, the Mayor of London, awarded Lambeth £55m from a fund set up to help councils and housing associations in London build an extra 50,000 affordable homes to rent and buy over the next four years.

The grant will help build over 900 new affordable homes in Lambeth alone.

We know that fighting London’s housing crisis will be hard, and will take a long time, but the council is already starting to deliver the homes we need to house the people of Lambeth.