Lambeth has combined a historic building with state-of-the-art design to deliver the first directly-delivered council homes built in the borough for 10 years. 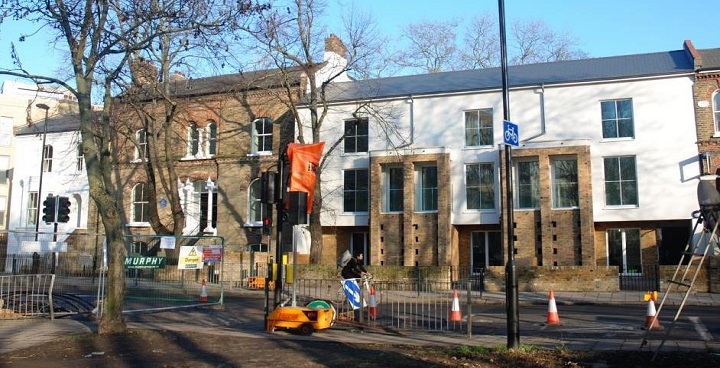 The ambitious scheme to provide nine homes, in three new “Passivhaus” properties and a former hostel, has been completed and is ready for its new occupants. Prospective tenants have been viewing the properties, on Akerman Road, over the last few days.

The development includes three newly-built four-bedroomed houses alongside the former hostel, which has been restored to provide six new flats. All the homes will all be let at council target rent levels.

The three houses, built into a Victorian terrace damaged by Second World War bombing 70 years ago, have been built to the internationally-recognised Passivhaus standard. Passivhaus is a rigorous voluntary standard for energy efficiency in a building, which means the homes will have very low heating costs and – over time – a minimal carbon footprint.

They have also been built to ‘lifetime homes’ standards – meaning they can easily be adapted to their occupants’ changing needs as they grow older – and they meet police ‘secured by design’ standards for crime prevention. The new homes are timber-framed and finished in brick and render.

The hostel, which once contained 11-bedsits without kitchens or bathrooms, has now been transformed into flats with gardens. The six flats – two each of one-bed, two-bed and three-bed layouts – have been created within the listed building that is the old Akerman hostel. While not built to the Passivhaus standard (because they are retro-fitted), they are better insulated than most standard new-build properties. 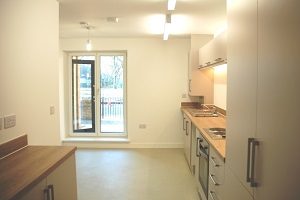 “The journey of this building is a great example of how we can use infill to develop new, high standard homes and restore a building back to life” says Lambeth Housing Development Manager Huw Jones.

The homes are also being shown to residents affected by estate regeneration programmes, to demonstrate the build quality set out for new homes on their estates.

The building keeps its blue plaque commemorating Dan Leno, one of biggest stars of Victorian music hall, who lived there from 1989 to 1901.

The project was funded partly through Section 106 money that comes from planning developments and through a successful grant bid to the Greater London Authority’s Local Growth Fund.

The project was designed by Anne Thorne Architects and built by Sandwood Design and Build Ltd – part of the same team who worked on Boatemah Walk – the last wholly Council-developed new-build homes, over 10 years ago.

1 Thought on “Ready to let: Lambeth’s first new council homes for a decade”