Christmas ice skating show – ‘The Story of the Seasons’

Streatham skaters, young and old, professionals and beginners will be taking to the ice to entertain you this Christmas with ‘The Story of the Seasons’ based on a Christmas fable.

Performances take place Saturday 12 and Sunday 13 December between 6.30pm and 8.30pm. Tickets available from the box office from £8. 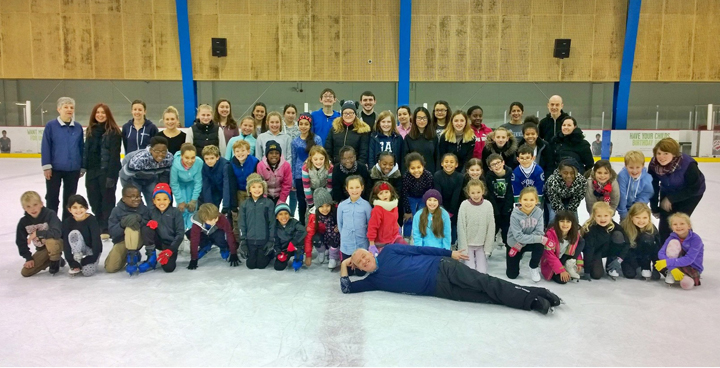 The show is about a friendly competition between four sisters to judge who is the best. They are all different in nature but each has their own qualities and is loved for different reasons.

Spring is the youngest, friendliest and the most popular amongst the four. Summer is warm and fun and everyone loves her. The third sister, Autumn, is very shy but her confidence is growing year by year. Winter, the eldest, is seen as cold and miserable but those who know her well know her fun, loving side.

Each season will have skaters performing to well known songs, Not only will there be Learn to Skate participants performing but we have some very special guests including national champions, world competitors and Olympians.

There will also be Christmas carols from Streatham Ice and Leisure Centre’s popular over 55s club choir, The Divatones. As well as a charity raffle, and mince pies, mulled wine and other festive treats at the Ice Cafe.

We have 65 skaters, ranging from 7 years old to adults, dancing on ice to Michael Jacksons classic ‘Thriller’.  Traditionally a popular routine, it gives the skaters a chance to have a bit of fun and show off what they have been learning in their lessons every week.

Streatham’s Learn to Skate program is a weekly group course that runs on a Monday and Wednesday afternoon, Thursday evening, Saturday and Sunday morning.  There is more information about lessons on the Better website.

The Streatham Ice Dance Club is largely made up of our older skaters and regularly takes part in recreational ice dance leagues against other rinks. Many of the club members also compete in adult competitions both nationally and internationally throughout the year. The club meets every Thursday evening at 8.15pm and have chosen to showcase their talents to Nat King Coles ‘L-O-V-E’ for part of the Spring section of the show. 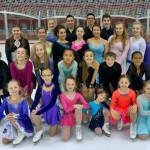 The Supreme Skaters is a club for competitive skaters ranging from 6 to 21 years-old.  They’ve had a successful season, bringing home over 50 medals, including an International Bronze medal from 2 of our skaters.  All of these skaters practice before or after school most days of the week plus weekends, take ballet lessons and conditioning classes.  They will be opening our show with a fun routine to ‘Singing in the Rain’.

The show has some very special guest skaters from the Great Britain International team entertaining the crowds:

About the skate instructors

The show has been organised by coaches at Streatham Ice and Leisure Centre:

You can buy them from box office at: Streatham Ice and Leisure Centre, 390 Streatham High Road, London SW16 6HX