GCSE results: Lambeth pupils stay ahead of the pack 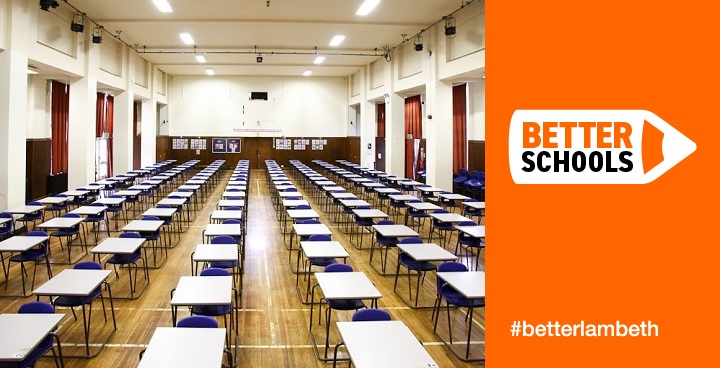 The provisional “GCSE and equivalent results: 2016 to 2017”, released by the Department for Education, show that 59.3% of Lambeth’s pupils achieved the threshold of a grade 4 or above in English and Maths – compared to the national average of 58.5%.

The proportion of Lambeth pupils achieving the achieved the English Baccalaureate by gaining a grade 4 or above in English and maths GCSEs increased by 0.3% to 25.2%, compared to the national figure of 21.7%. Nationally, the figure has fallen by 1.4%.

In 2017, pupils sat reformed GCSEs in English language, English literature and maths – graded on a 9-1 scale – for the first time. This means it is difficult to compare this year. Lambeth’s “Attainment 8” score, indicating the average GCSE score for pupils in their best 8 subjects, was 43.9, compared to the national figure of 44.2.

Cllr Jane Edbrooke, Cabinet Member for Children and Schools, said: “This is the first year group that sat the reformed GCSEs in English language, English literature and mathematics, and it could have been a confusing and disruptive experience.

“But they have got their heads down and come through with flying colours. These outstanding results are the reward for that effort and commitment; they are a credit to all our pupils, their schools and their families.

“But these fantastic results are just the start of what these young people can achieve. We look forward to them going on to every success in the future, and we will do everything we can to support them.”

1 Thought on “GCSE results: Lambeth pupils stay ahead of the pack”