Lambeth: Thanking headteachers for their service

Lambeth Council held a special thank you event to honour the huge success and achievements of five longstanding headteachers who are either leaving for new challenges or retiring from their roles. 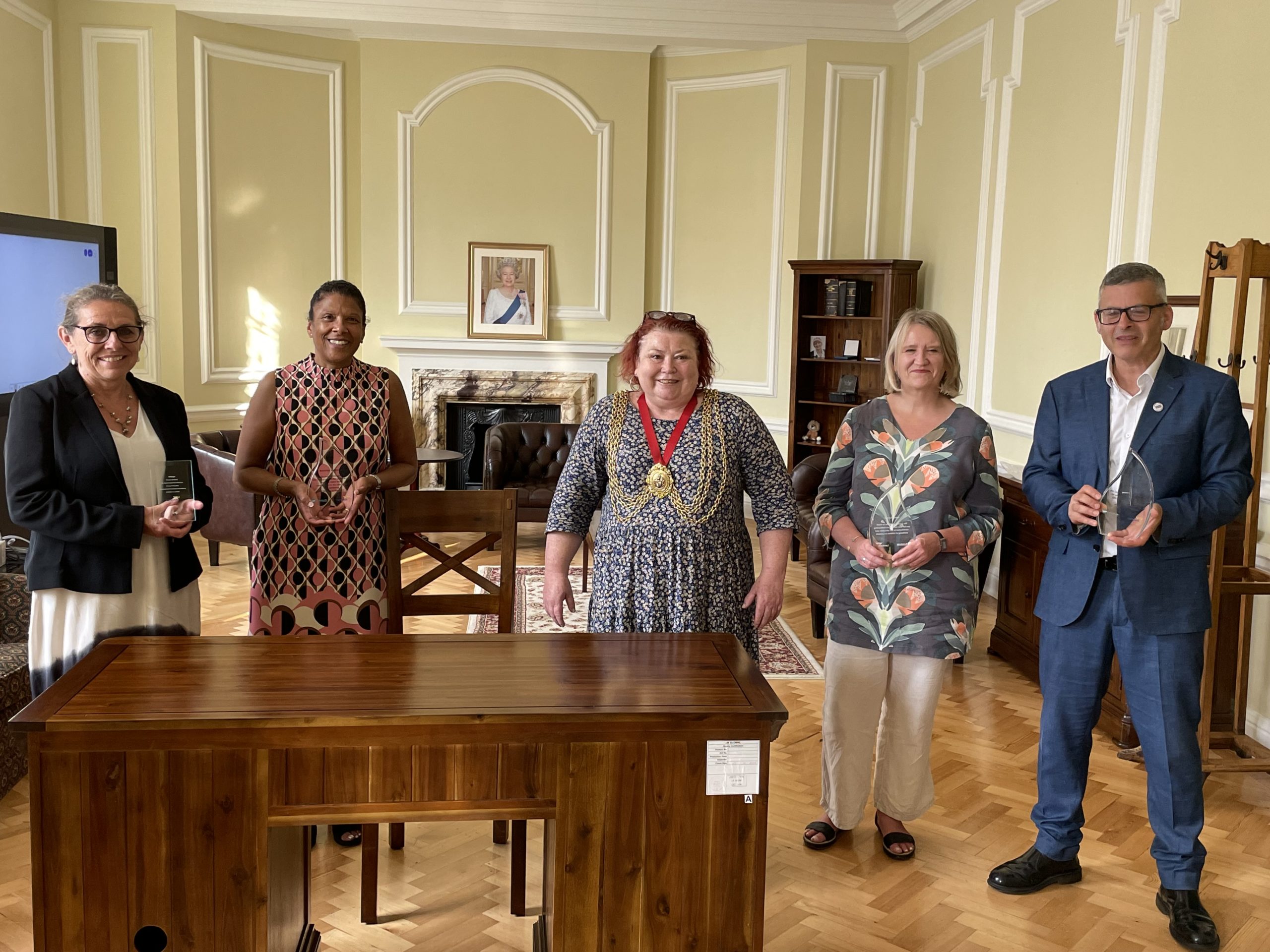 The reception was hosted by the Lambeth Schools Partnership and Cllr Annie Gallop, the Mayor of Lambeth on Tuesday, July 20 at Lambeth Town Hall, and saw Cllr Gallop present plaques to the four attending headteachers.

Cllr Ed Davie, Cabinet member for Children and Young People, said: “I was delighted to join this reception, and have the opportunity to thank our colleagues for the incredibly important work they have undertaken in our borough.

“They are educators, but just as importantly community lynchpins.

“The contribution made by those who attended the reception was central to the huge improvements we’ve made with 95 per cent of Lambeth schools are now good or outstanding.

“This represents huge progress and we are grateful to our headteachers for the many years and long hours they have put in to achieve this.”

The headteachers, who between them have over 80 years of service, are retiring or leaving for new challenges are:

The borough is also saying goodbye to Rachael Mollett from King’s Avenue Primary School is also leaving Lambeth after three years to become an executive headteacher.

Cllr Davie said: “We wish them all the very best with the next part of their journeys.”