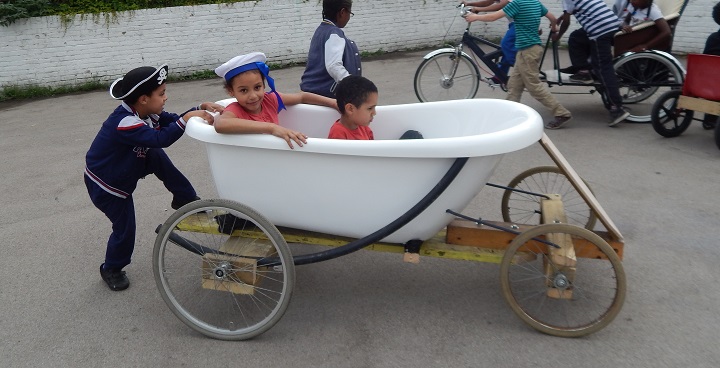 Children who play at Lollard Street made a film about their playground as their entry to the awards -it featured a bath tub on wheels, lots of improvised games and dressing up!

The children and staff joined around 120 others from adventure playgrounds, schools, and play streets across London at the Prince Charles Cinema in London’s West End today to watch the films they had made on the big screen – and of course, find out who had won!

The judges commented: “One child said that this playground is ‘the coolest place you’ve ever been’.  And who can argue when you see the new use they have dreamed up there for an old bath tub!”

The children who play there certainly agree. “I come to adventure almost every day and it never gets boring,” said Benita, aged 9. “It is like a second home to me.”  Raehab, also 9 said: “The reason I come here is because they accept me for who I am.”

Receiving their award today, the children were asked what they would spend the £500 prize, sponsored by the Worshipful Company of Fanmakers, on. “Well… one of our play workers broke our barbecue with a hammer recently so probably a new barbecue,” said one. A trampoline and a basketball court were other suggestions.

Lollard Street weren’t the only Lambeth playground to receive recognition – Oval’s Triangle Playground were runners-up for the ‘Inventiveness Award’.