Focus on Waterloo - News and announcements - Sustainable growth and opportunity

The redevelopment of Lambeth’s Leake Street Arches into an entertainment destination for millions of SouthBank visitors took home an award in the first-ever London Infrastructure Awards. 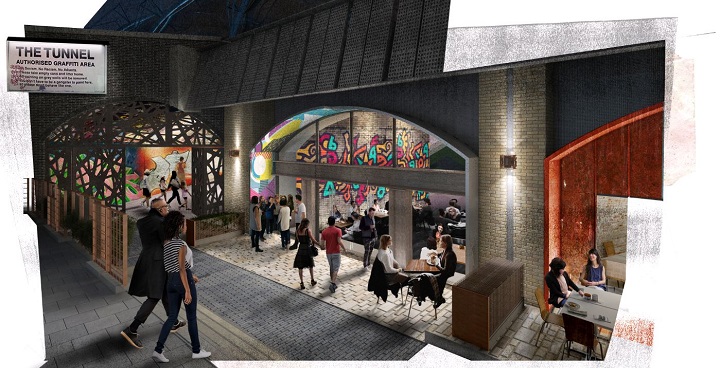 The recognition for Leake Street Arches comes just after the official launch on 16 July with four businesses opening as tenants. Adrian Lee, Development Director at scheme developers LCR said: “These awards acknowledge projects that have helped make London the best city in the world to do business. We are thrilled to get such recognition amongst great company”.

The future of London

With infrastructure a hot topic in the press right now, the focus of the 2018 London Infrastructure summit was the future, with priorities for London’s infrastructure after completion of the Thameslink and Crossrail projects high on the agenda.