A delegation of international visitors were in Lambeth  to hear about the council’s work to tackle domestic violence in the South Asian community. 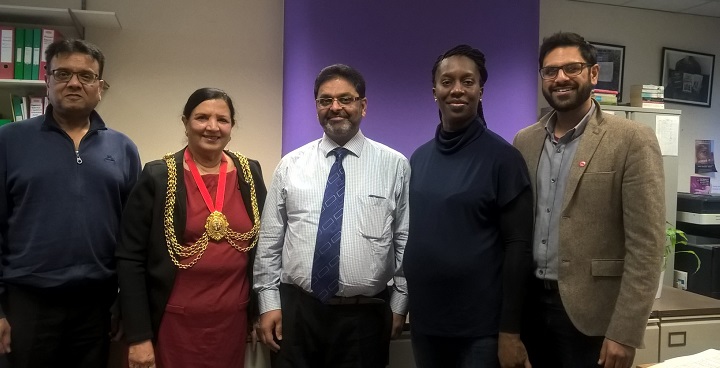 Lambeth Council’s Violence Against Women and Girls Team hosted the Oslo Pakistani Culture Society during a visit to the Asha Project. Asha is one of the council’s specialist providers, offering violence refuge services for women of South Asian heritage.

Cllr Seedat said: “We were discussing how we tackle forced marriage and domestic abuse and emphasised the importance of having a team coordinating and driving the response across the partnership.

“Asha described some of the real challenges and experiences that women from South Asia face, for example the risk of so called honour based violence if they try to resist entering into a forced marriage.

“The delegation were keen to hear about our involvement with the community on the issue of Violence Against Women and Girls; about the strong partnership approach we have; our leadership and commitment to supporting VAWG victims, and our work with the voluntary and community sector.”

The delegation were seeking to learn more from Asha’s experience and knowledge supporting victims; Lambeth’s prioritisation in tackling VAWG and hope to replicate the programme in Oslo. The delegation were given copies of Lambeth’s Safer Lambeth VAWG Strategy 2016-2020, information about the Gaia Centre, the borough’s support service for victims of VAWG, and contact details.

Cllr Seedat said: “We have asked them to keep us updated with their progress.”

More information and links for help and support