Do you know a local hero?

Let us say ‘thank you’ to people who go that extra mile to make a positive contribution to the lives of others in the community. Nominate your local hero for a Lambeth Community Award. 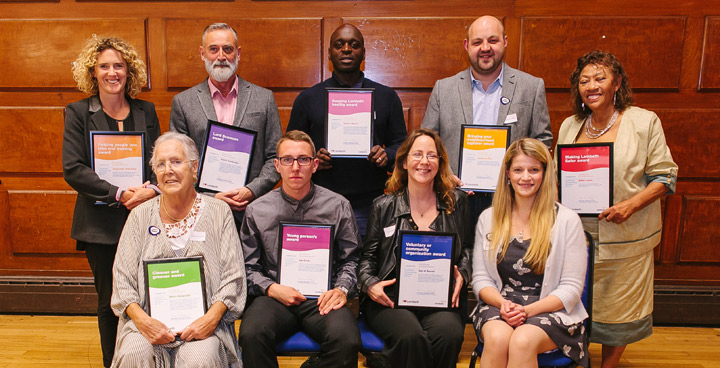 The Lambeth Community Awards are about highlighting the selfless acts of kindness, of people who go that extra mile in the community and giving them the recognition they deserve.

We all know individuals or groups that give a huge amount to the community. They are often selfless and humble people who go about their lives doing things for others without shouting about it. If you know someone  or a group of people like this nominate them for a Lambeth Community Award.

For more details and to nominate, visit www.lambeth.gov.uk/communityawards
Nominations close on Monday 17 August.

Winner of the Lord Scarman Award 2014

Last year’s winners were nominated by Lambeth residents and they all reflect the diverse way that local people are working to make Lambeth a place we are all proud of. 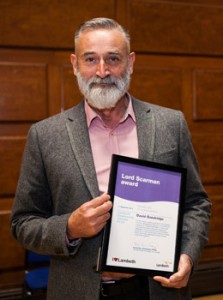 David won this award in recognition of his role as the chairperson of Bandstand Beds, a community crop-growing project and for organising the annual ‘Common People’ event that celebrates local diversity and inclusiveness.

David said: “It felt great being nominated and winning the award last year. It showed that my drive to bring some diversity to Clapham Common and my aim to build a stronger sense of community had been recognised and was being supported by Lambeth Council.”