Clapham Park Neighbourhood Forum have worked since 2007 to give local people more information and a collective voice. 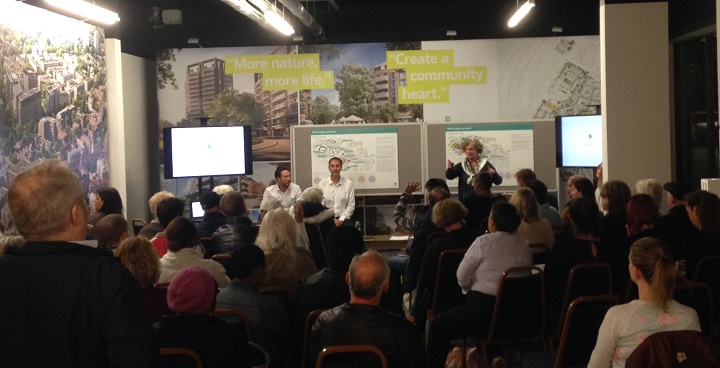 “We grew out of a ‘New Deal for communities’ regeneration project – one of 39 deprived neighbourhoods in England. Its aim was to close the gap on issue such as crime, education, housing and placing the community at the heart of the initiative.. We dealt with some tough issues like getting rid of 40 crack houses on the estate and reducing kerb-crawling.”

Talking to the right people

“Residents really wanted a Forum where they could talk direct to the people who can do something about these issues – the Council, the NHS and their partners – to get information and get involved.”

“Volunteers come from all walks of life to deal directly with the needs of the local area. They’re essential partners in the community and the Council is committed to supporting volunteering of all kinds.”

“We meet about specific topics. There’s been a series of Q&A sessions reviewing the masterplan for the estate. It’s much easier to understand when you can ask the architects and planners a direct question than when you can only look at the plans. It’s not the numbers of people who come to the forum so much as the diversity of voices that gets the message across. Now the landlord knows people are worried about losing essential shops – an affordable café, the pharmacist, the post office – to new housing, and potentially travelling further to access them. Often the message sticks better when you’ve asked for information and had your question answered than when you’ve just been told.”

“Discussion on parking at breakout group on Environment led to an agreement between the Council and Metropolitan Housing to work together and communicate clearly who controls where.”

Volunteers make all the difference

“It isn’t all about the Forum representing the Community to raise issues with the landlord or Lambeth Council. Sometimes a volunteer can do miracles with only themselves as a resource. They lead by example. One volunteer was told about South London Cares, talks about them everywhere he goes – he’s added them to our network and us to theirs. Another volunteered runs a T’ai Chi class in his spare time – now it’s got 20 regulars.

“It’s about encouraging the neighbourhood to have an identity and look outwards.”

We will feature more Neighbourhood Forums in a series of interviews about how volunteers are working in different ways all over Lambeth to contribute to local areas.