Lambeth scores higher than ever for London in Bloom

Lambeth’s Parks team entered 13 Parks for judging in London in Bloom 2018. All won medals – three Gold Awards and ten Silver Gilt Awards, with no Silvers or Bronzes. We’ve moved up and out of the Silver categories on an upward trajectory. 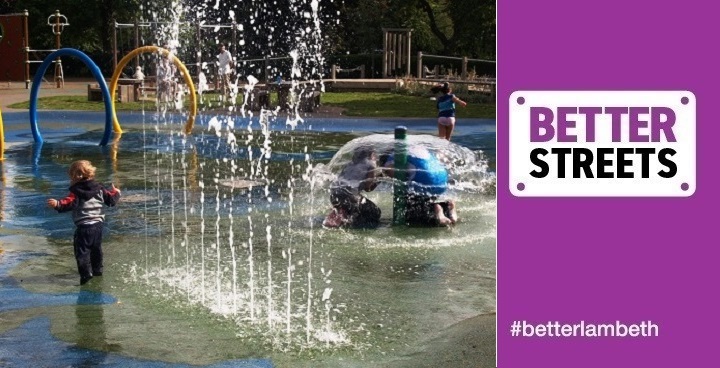 In July 2018, judges from London in Bloom took a tour of Lambeth, on a route organised by the Parks team, looking for fresh, ideas to how our Parks are maintained or enhanced. The results are out. Lambeth’s Parks team entered 13 Parks for judging.  Now we’ve heard that all won medals – 3 Gold Awards and 10  Silver Gilt Awards. We’ve moved up and out of the Silver categories on an upward trajectory. The whole borough win Silver Gilt (one below Gold) for the overall quality of the borough’s parks,.

Cllr Sonia Winifred, Lambeth Council cabinet member for equalities and culture, said: ‘Lambeth Council already has 15 sites that earned Green Flag awards as world-beating parks. To have recognition from London in Bloom that our spaces large and small, from cemeteries and churchyards to nature reserves, greenhouses and public parks have all scored higher marks, or won for the first time of entry, reflects the commitment our people and local communities put into maintaining and improving our shared environment.”

Brockwell Park won two of Lambeth’s three Gold ‘London in Bloom’ awards for 2018, for Large Park of the Year and Heritage Park of the Year – one of only two Golds in this category south of the river. Kennington Park’s Flower Garden won gold in the walled garden category. For the second year running, being ‘just a whisker off Gold’ made Friends of Kennington Park and Lambeth’s Parks Team determined to do just that bit better in 2019.

Lambeth Council’s Parks Team weren’t the only People proud enough of their local park to enter for London in Bloom 2018 – and win. Streatham Rookery Gardens managed by the Streatham Common Co-op (SCCoop) went up from Silver to Silver Gilt; Brockwell Community Greenhouses upgraded their score from “Thriving” to “Outstanding” community of gardeners.