Transport for London (TfL) wants your views on their new plans for Vauxhall Cross. 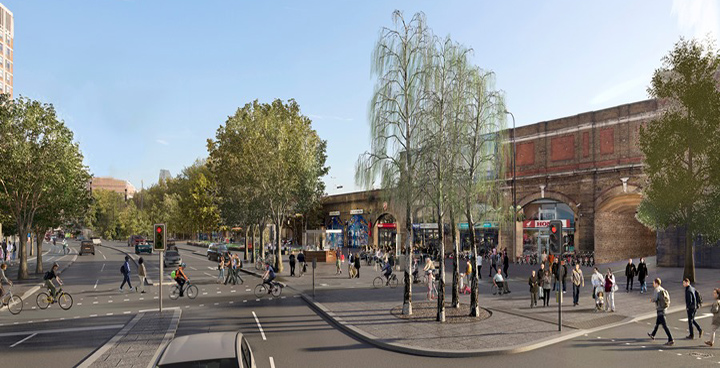 Returning the current one way road system to two way roads would reduce traffic dominance in the area.  Improved crossings and public spaces would make it easier, safer and more welcoming for all those who live, work and travel through Vauxhall.

What are the main proposals?

Why are TfL proposing these changes?

Vauxhall is changing and new developments will bring around 8,000 new jobs and 3,000 new homes to the area. The TfL proposals support our vision for Vauxhall as a thriving riverside town centre that the local community can enjoy with people moving into the area to live, work or visit. The Visioning Vauxhall document, developed with local people, brings these changes to life and helped shape the TfL proposals.

What about the bus stops and bus station?

Vauxhall bus station is used by 45,000 passengers daily and is an important transport interchange. Bus stop locations and the way buses travel through the bus station would need to change.  You can see all proposed the new routes and bus stop locations in the current consultation.

How can I have my say?

You can share your views on the TfL consultation website. The consultation closes on 17 January 2016.
There will also be three drop in sessions where you will have the opportunity to talk to members of the project team to find out more about these proposals. The sessions will take place at:
• Saturday 5 December 11am-4pm at Vauxhall Gardens Community Centre, SE11 5ES
• Tuesday 8 December 6-8pm at St. Peter’s Church, Vauxhall, SE11 4RZ
• Monday 14 December 11am-4pm at the Carmelita Centre, SE11 5JT