Two people have been arrested in Lambeth following extra measures introduced to stop vandalism of signage installed by the council and plantings carried out by the community at the borough’s emergency Low Traffic Neighbourhood schemes. 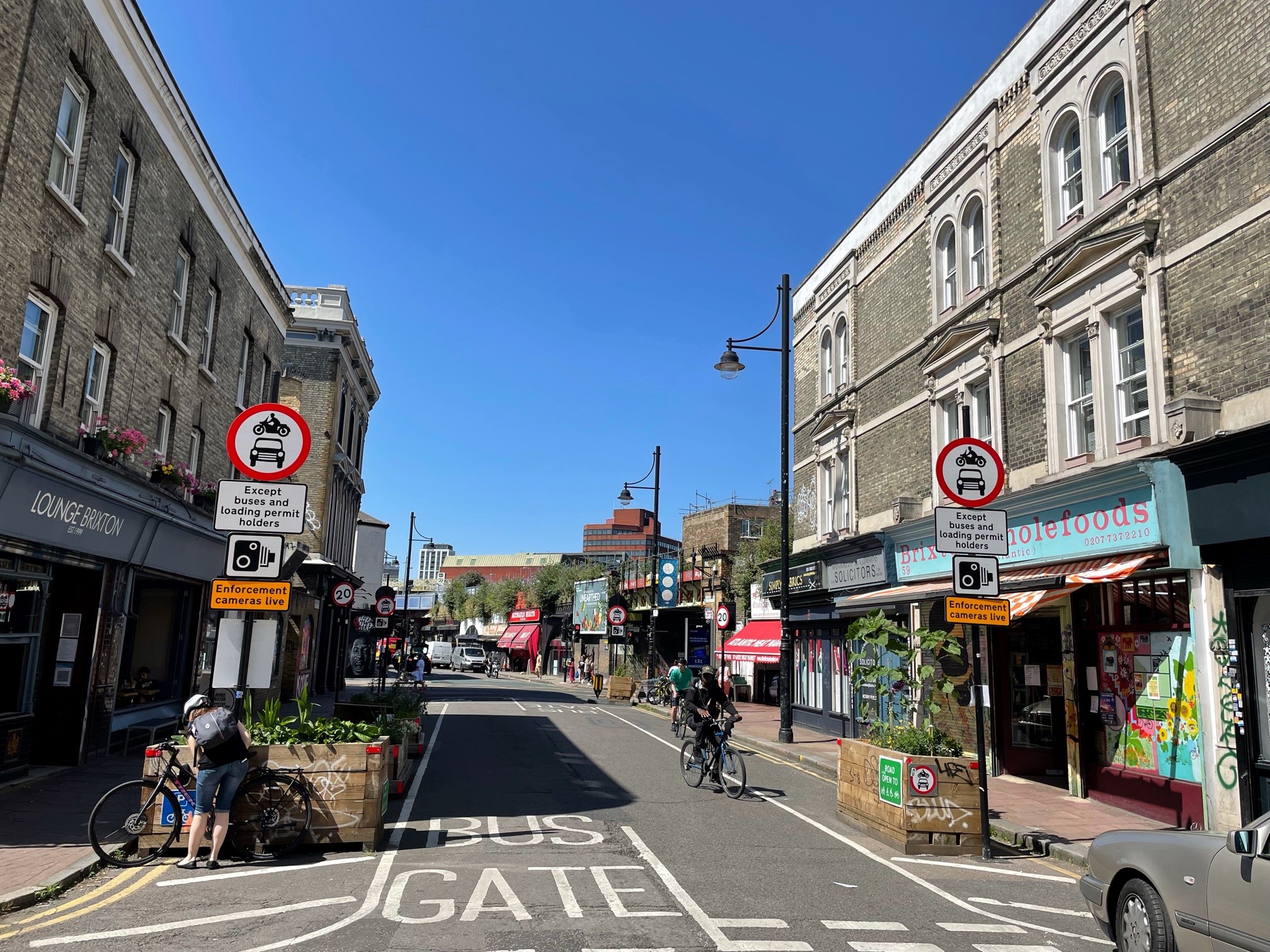 CCTV evidence has been passed to the police so further action can be taken.

The arrests follow Lambeth Council announcing on July 16  that new measures would be put in place to tackle criminal vandalism at the emergency Low Traffic Neighbourhood schemes which are in place to maintain a safe street environment, support green transport options and improve air quality.

These ongoing efforts include extra CCTV, more council patrols and a request for extra police visits. The council also wrote to residents thanking those who have reported the damage and asking that anyone who has a concern about the issue email lowtrafficneighbourhoods@lambeth.gov.uk.

Cllr Danny Adilypour, joint Cabinet Member for Sustainable Transport, Environment & Clean Air, said: “We are taking a zero tolerance approach to this vandalism and any associated anti-social behaviour, including verbal abuse of staff maintaining these sites.

“We will press charges against any individual involved in these criminal acts where we have enough evidence and we will publicly name and shame anyone found guilty.

“We have been clear throughout that people are entitled to express their views over our Low Traffic Neighbourhood trials, but there is no excuse for acts of criminal vandalism.

“It puts residents at risk and this is not an effective way to engage with the council or fellow residents, so I am glad that these arrests have been made, and we will continue to monitor the borough’s five Low Traffic Neighbourhoods.”

The five schemes are all currently in a trial period under Experimental Traffic Orders to understand how they impact traffic movement. Vandalism to the schemes could extend the trial periods and delay the planned public consultations.

Lambeth residents can sign up for updates on the projects and get in contact with the team via the lambeth.commonplace.is/.