A new documentary follows a young rider from Ebony Horse Club in Brixton as she trains to race at Glorious Goodwood for charity. 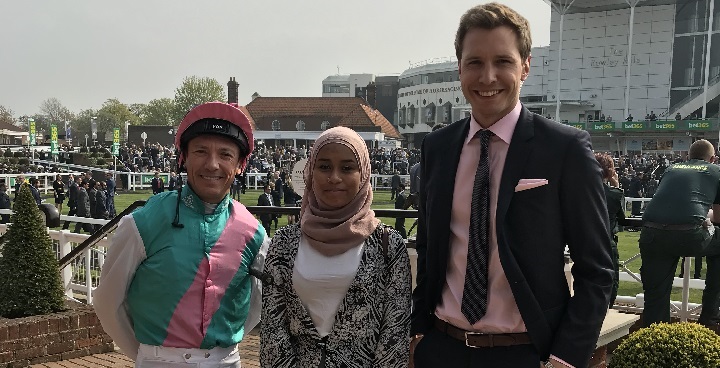 Khadijah Mellah, 18, has just taken her A-Levels. On 1 August she’ll be on the starting line at Goodwood alongside Olympic cyclist Victoria Pendleton and model Vogue Williams in an all-women charity race.

Documentary film-makers Tom Bolwell and Mattia Reiniger will film Khadijah’s life in the run up to race day. The Racing Foundation plan to screen the film – also including Ebony Horse Club and Khadijah’s home life, including the recent Eid celebrations, in Brixton is September/October.

Khadijah has combined school with a fitness training and mental preparation to graduate from riding Ebony Horse Club ponies to competing on a 40mph thoroughbred racehorse before a capacity crowd of 25,000. She said, “I am super-duper excited about the Magnolia Cup. Last month at Newmarket was my first time on a racecourse: it was good to get my head around what raceday is like. It’s going to be a busy few months with my A-Levels as well but I can’t wait to get going.”

Shine a light on Ebony

ITV Racing presenter Oli Bell, a patron of Ebony Horse Club said, “We’re all so impressed with her commitment and drive. She’s a great personality and a brilliant rider and we’ll be rooting for her. I’m incredibly excited about the documentary and its potential to shine a light on Ebony’s brilliant work and the ways it is opening up opportunities in racing.”

Rod Street, Chief Executive of Great British Racing (official partner of the film) said, “We need to do much more to broaden the appeal of racing and we hope that Khadijah’s story will inspire and capture people’s imagination about horses –at Ebony or on a racecourse – and prompt more people to consider the sport.”