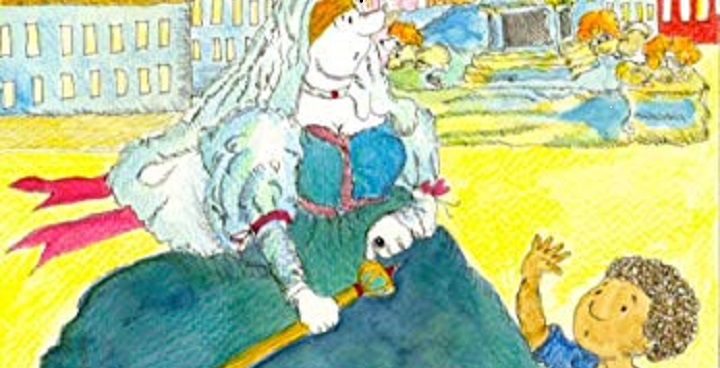 An accident-prone alien is on his way to Earth. Lord Nelson wakes up on top of his column in Trafalgar Square and wonders why there’s bird poo on his jacket. Queen Victoria is gasping for a cup of tea. And 14-year old Zoe Wright is frustrated that none of her friends is answering her messages.

And that’s just the start.

Before long Zoe, who’d been looking forward to an uneventful weekend at home in Islington, realises it’s up to her to save the world from a looming disaster. She can’t do it on her own, but with the help of Nelson Mandela and some brave little refugee children she’s in with a chance.

If that cast of characters (and there are more) makes me a shameless name-dropper then I have to plead guilty as charged. My only defence is that it’s all in a good cause. Hopefully a good read too, of course. And in mitigation, that I was put up to it by a London Mayor no less.

Councillor Mark Bennett was Mayor of Lambeth when he died suddenly of an undiagnosed heart condition five years ago. He was a good friend and former colleague. Back in the day our desks sat side by side outside Alastair Campbell’s office in Downing Street. During one of our last conversations he told me he had a fantastic idea for a children’s book. It was about an alien heading to earth with a secret weapon that would turn everybody to stone, except it malfunctions and all the statues come alive. He even had the great title, Petrified. Mark didn’t live to write it, so it’s as a tribute to him that I’ve done my best to bring his story to life.

Mark loved the community he represented in Streatham, and I’m giving all my proceeds from Petrified to the Jo Cox Foundation to support their work in bringing communities together and fighting extremism. I don’t think Mark and Jo ever met, but they were both in their early forties when they died tragically and far too soon. I hope they would both have appreciated that Petrified has a young, black heroine who takes no nonsense. Thanks Mark!