Ambitious plans to convert a former council office block with an interesting history into a business hub have been outlined to help meet Lambeth’s pressing demand for workspace and create the potential for around 500 new jobs in Brixton town centre. 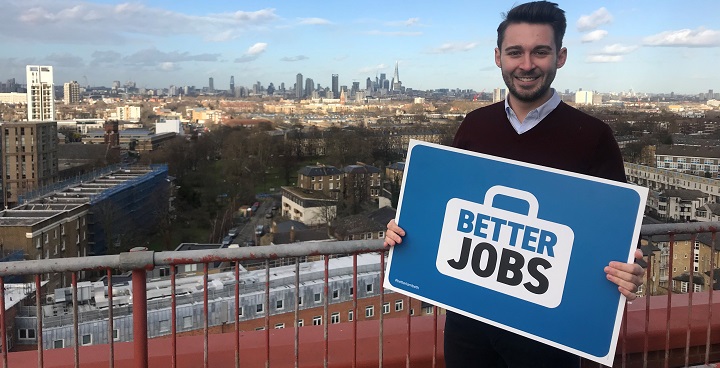 It is currently being used as offices by around 600 council staff who mainly worked in Lambeth council’s Children and Young People’s Services and provide crucial social care services to communities across the borough. But with the council’s rationalisation of its office buildings from 14 to two to save £4.5million a year, and house its employees in modern more flexible workspace, these council staff will be moving out in the spring of this year to the new Civic Centre building on nearby-by Town Hall Parade.

Once International House is vacant, the ambition is to rent it to a specialist workspace operator for five years. The space has the opportunity for a mix of different types and sized businesses, including studios, offices and co-working space. The council will seek an operator to run the space in a way that reflects the council’s economic objectives for the borough, including factoring in affordable workspace into their business plans.

Cllr Matthew Bennett, Cabinet member for Planning, Regeneration and Jobs, said: “Lambeth is constantly changing, evolving and moving with the times. We are currently experiencing significant growth with the number of businesses here expanding, unemployment falling and wealth increasing.

“The council is focused on delivering opportunities that achieve our aim that the benefits of regeneration and new business growth in Lambeth are felt by all, with jobs created for local residents.

“We already have Pop Brixton, opposite International House, demonstrating that we can successfully use council owned sites in new and different ways to achieve our goals. At Pop more than 70 per cent of businesses are owned by Lambeth residents, it has created 200 new jobs and has subsidised space for social enterprises, including London’s only youth radio station Reprezent.

“The ambition is that International House will move from being a traditional council office block, which is now rather run down and out-of-date, to a space that meets the needs of our important and expanding small and medium sized business sector.”

The history of International House 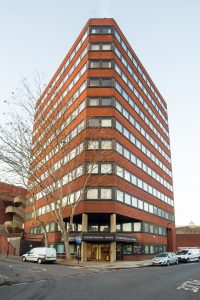 The proposals are the latest chapter in International House’s history; a history which is closely linked to the council itself and the ongoing changes to the area. It was designed by a Lambeth council architect George Finch whose other notable work includes Lambeth Towers, a distinctive block of flats opposite the Imperial War Museum designed in 1965, and the five Cotton Gardens towers which have punctuated the Stockwell skyline since 1968.

Finch’s last project for Lambeth was the Brixton Rec and the attached International House which were designed in 1971 and completed 12-years later. Their design reflected plans to build a motorway flyover through Brixton running parallel with the railway above Coldharbour Lane.

Increasing the supply of workspace

The latest plans for International House reflect how the area is again changing and the role the council can play in shaping the area to reflect the needs of the community by using its assets in new ways. Research shows that as planning rules have been relaxed by the Government, allowing offices to be converted to homes, the lack supply of workspace in the borough has become an increasing issue. Demand is high, but the supply is limited.

Cllr Bennett said: “In International House we have a building from a different time, that no longer meets the need that it was originally created to answer. So we have looked at it again, and this proposal is designed to meet our aim of supporting the creation of new jobs in growth sectors such as technology, the creative arts and the media.

“We hope that there will also be affordable space for start-ups and social enterprises, with the project likely to have knock on benefits on the local supply chain and surrounding businesses.”

International House sits within the wider Brixton Central masterplan area. In 2014, the council acquired the head lease of the building, having already been the freeholder. This move provided greater flexibility in determining the future of the building, including this next phase of its life. Its longer-term future, following the five year workspace proposal, will be decided through the Brixton Central master planning process, which is due to be progressed further later this year.