Herne Hill Free Film Festival  returns in May, with a month of free films in schools, at the station, in the Lido, park and pub – anywhere you can imagine in  SE24. 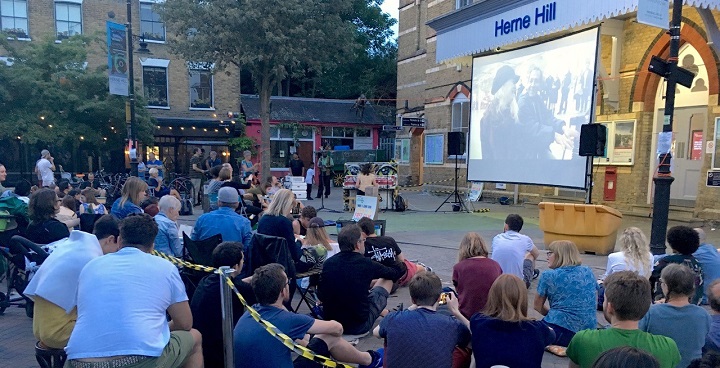 Herne Hill Free Film Festival returns in May for a seventh year with a mix of huge hits from the last 12 months, screenings with a local connection, classics and new classics.

At each film the Festival will be partnering with the Maudsley Charity, to promote positive change in the world of mental health.

In between there’s Italian classic Bicycle Thieves at the Velodrome, Sci-fi scarer A Quiet Place at Brockwell Lido and Wes Anderson’s joyous stop-motion  Isle of Dogs in Brockwell Park.

The festival is for film makers as well: For the seventh year Short Film Night returns to The Prince Regent, while the 48 Hour Film Challenge encourages first-time directors to call the shots over the bank holiday weekend. The festival hosts Mind MaRers, a short film night themed around  mental health.

These include Oscar-winning Spider-man: Into the Spider-verse, Oscar-nominated Ralph Breaks the Internet and Mary Poppins Returns!