Lambeth runners get moving for a world record 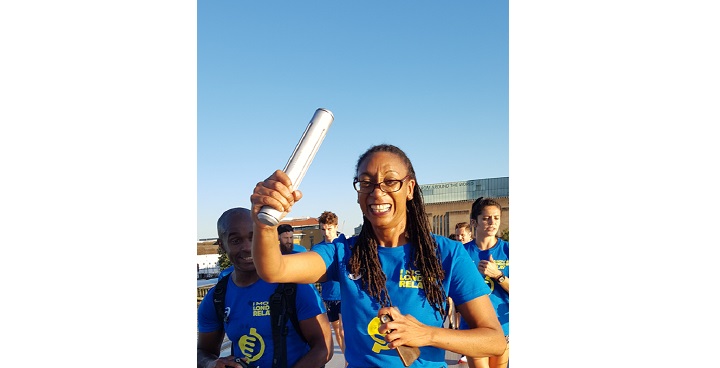 The IMove London Relay is a world record attempt for the longest, continuous running relay – with 250 people running the first 5k of a 4,000 mile run lasting 30 days and nights, with one baton passed on. Runners representing all 120 London postcodes lined up on the starting line at 7.30pm on Friday 29 June on Tower Bridge. There’ll be MPs, Olympians and celebs all taking part over the next month.

Cheryl Duncan and Lorraine Whyte from Transform Wellness took part to represent Lambeth in the first 5K. They’ve been delivering a Couch to 5k programme in Brockwell Park and on Clapham Common. Transform Wellness has funding from the Council and other providers to take inactive people in Lambeth on a journey to completing a 5k run. Many of these Lambeth residents have sustained their activity by running (alone or at TW sessions) at Lambeth-based parkruns. Some have trained to become qualified run leaders to volunteer at the TW sessions. The latest Couch to 5k programme ends/ended on Saturday 7 July with an estimated 15-20 runners taking part in a parkruns.

The Imove Relay aims to unite London, bring communities together, raise awareness of homelessness, gang culture and the stigma around mental health, as well as raising money charities. Former Team GB triathlete and organiser Danny Bent invited runners to help make history: “I’m passionate about the power of sport and its ability to bring people together, and equally passionate about this brilliant city we live in.”