Shattering the stigma of suicide

PAPYRUS support young people thinking about suicide and families and friends who are worried about someone. They’re helping to train people in Lambeth with the skills to recognise the problem and feel confident to help. 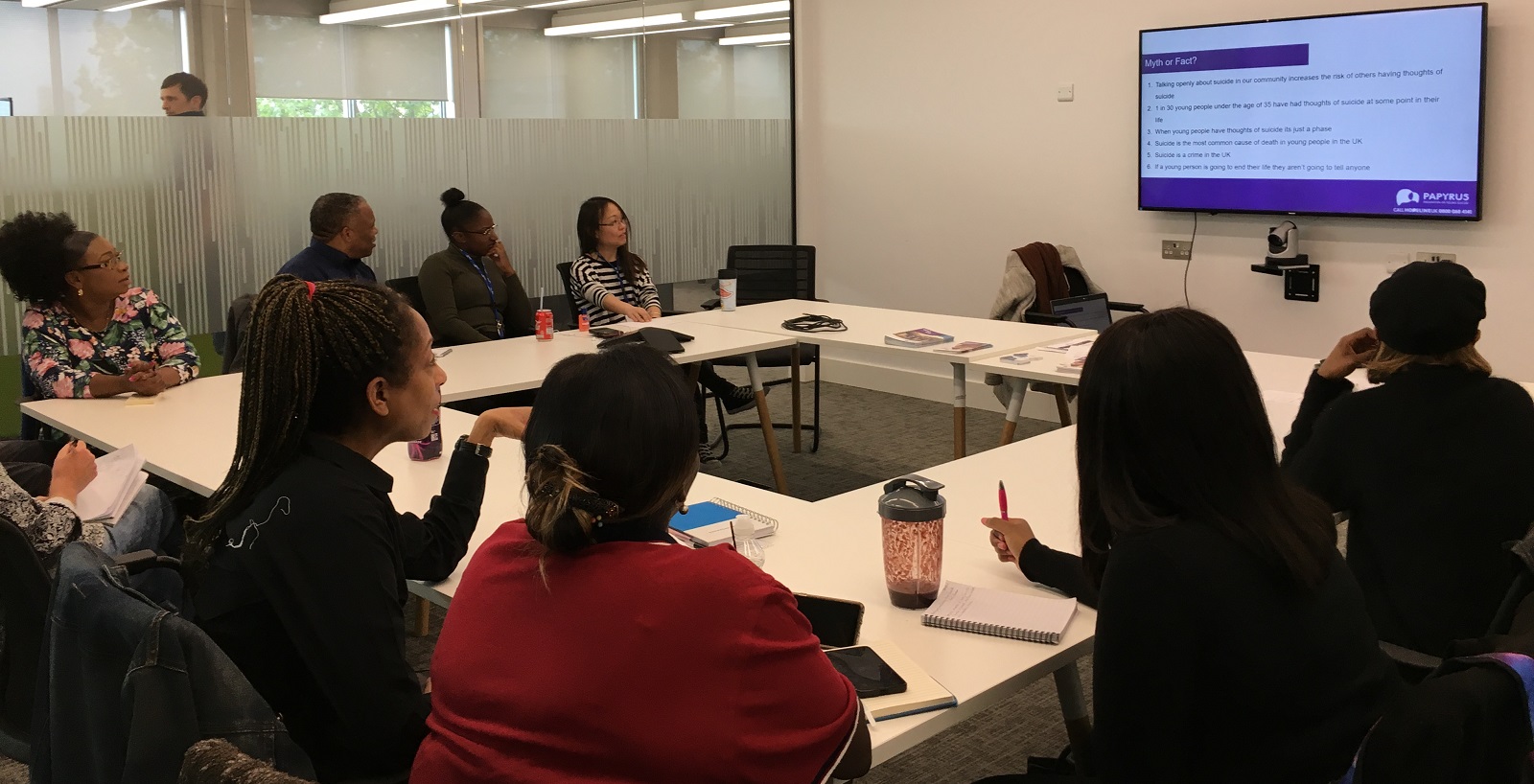 Suicide is the UK’s leading cause of death in men and women under 35, and PAPYRUS Prevention of Young Suicide provide support for those who are thinking about suicide and for those who are worried about someone in their community. In Lambeth, middle-aged men are also affected.

PAPYRUS was founded in 1997 by Jean Kerr, a mother from Lancashire, following the loss of her son to suicide. Since then, PAPYRUS has listened to and learned from the experiences of those personally touched by young suicide. Our vision is a society which speaks openly about suicide and has the resources to help young people who may have suicidal thoughts. We exist to reduce the number of young people taking their own lives by shattering the stigma around suicide and equipping them and their communities with the skills to recognise and respond to suicidal behaviour.

You can contact our helpline HOPELINEUK (in confidence) if you’re having thoughts of suicide or are concerned for a young person.

Over the past year we have been delivering training in Lambeth (and neighbouring boroughs) providing lifesaving skills. In partnership with Lambeth Council 9 half-day training sessions were commissioned for staff, volunteers and communities across the borough, enabling training for up to 270 individuals. So far PAPYRUS has worked with Lambeth schools, council staff, housing staff, social workers, DWP and those providing support in the LGBTQ+ community. Our most recent Lambeth sessions, at Streatham Job Centre, were a great success and ensured staff felt more confident to support people with thoughts of suicide.

We look forward to continue working with Lambeth Council to help create a suicide safer community through awareness, training and our involvement in Lambeth’s suicide prevention strategy.