Launch of the Vauxhall Cinema Club 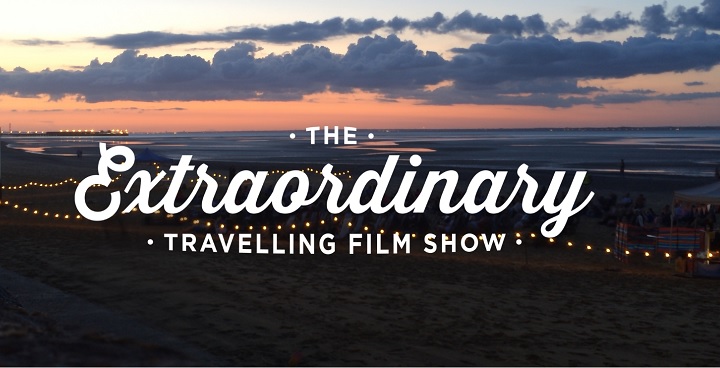 Bird’s Eye View, whose mission is to celebrate the female contribution to film and The Extraordinary Travelling film Show, a pop-up cinema showing great films in unique places, have come together to launch a unique pop-up film club in Vauxhall. Not only will this bring the ‘big screen’ to an area underserved in terms of a local cinema, but also each screening is to be followed by an interesting Q&A with expert speakers hosted by BEV’s Mia Bays, a Vauxhall-based Oscar winning film producer, and tickets include a complimentary mocktail – all guaranteed to make the night special.

The Vauxhall Cinema Club launch with the following season of films:

All this Panic – Thursday 18 May.
This entertaining feature-length documentary is like the TV series ‘Girls’ but for real. The film takes a close look at the interior lives of a group of teenage girls as they come of age in Brooklyn. Followed by a discussion ‘what would you ask your teenage self?’ hosted by Mia Bays, the Oscar winning producer who is director of Birds Eye View Film.

A United Kingdom – Wednesday 14 June.
Starring David Oyelowo and Rosamund Pike, this is a moving true story set in Botswana and London in 1947. The film is written and directed by Amma Assante who grew up in South London nearby, so a perfect film to show in Vauxhall. Q&A afterwards with Mia Bays who runs Birds Eye View.  She’ll be joined by a film critic and filmmaker in a thought provoking debate that will definitely enhance the viewing experience.

Postcards from the Edge – Wednesday 5 July.
The season ends with the hilarious and outrageous cult comedy based on the even more outrageous memoirs of Carrie Fisher. It’s shown during Pride in London; a great film to help celebrate this festival.

To make these events truly special, the screenings will be held at The Workshop, a temporary community and events space in the heart of Lambeth created and managed by regeneration specialist U+I. The 2000sqm space was once the fire engine workshops of the London Fire Brigade and is now home to charities, social and start-up enterprises and artists. It’s a unique part of Vauxhall industrial history.

Tickets:   £10 (+ booking fee) including complimentary mocktail.
There is also a concession price for local residents of £5 on the door with proof of SE11 residency (or £12.50 on the door for all others)

Tickets are available to buy from the Travelling Film Show website.